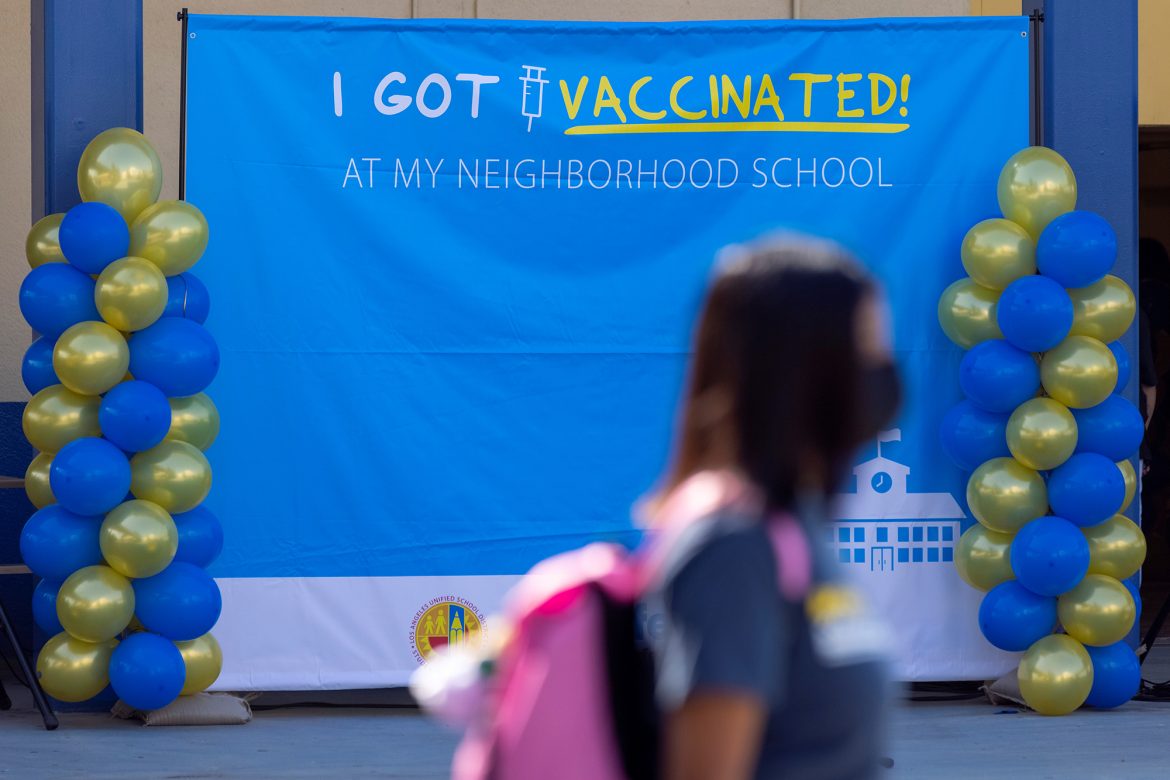 Los Angeles Unified School District should adjust its vaccine mandate so the 34,000 students at risk of not meeting the January inoculation deadline won’t be kicked out of the classroom and back into online learning.

That was the implication behind comments Gov. Gavin Newsom made in a Wednesday appearance on “Good Morning America” to promote his new children’s book.

The governor also stressed that his first-in-the-nation student COVID-19 vaccine mandate — which isn’t set to go into effect until next year at the earliest and is more lenient than some district mandates — “includes personal exemptions, not just religious and/or medical exemptions, so there’s plenty of latitude for families to make decisions.”

The remarks suggest that Newsom, who’s facing reelection next year, is aware of the political liability inherent in banning tens of thousands of kids from campus not long after schools reopened for in-person instruction — and shortly after the U.S. Surgeon General warned of an impending youth mental health crisis.

But by emphasizing the personal belief exemption, Newsom also put himself on a possible collision course with Democratic state lawmakers, some of whom are considering legislation to remove the exemption when they return to Sacramento in January.

And he added to the myriad challenges facing Alberto Carvalho, the Miami-Dade schools chief who on Thursday was named the next superintendent of Los Angeles Unified. Also on the plate of Carvalho and school leaders across the state: an uptick in campus violence that many educators chalk up to the lingering effects of the pandemic.

On Sunday night, a Buena Park High School student was arrested for allegedly sharing a photo of a person holding a gun and warning classmates to stay away from school. On Monday, a 14-year-old Sycamore Valley Charter Academy student was booked into juvenile detention for allegedly threatening to kill two other students.On Wednesday, three students — one in Placer County and two in Sacramento County — were arrested for allegedly threatening school shootings. And some California teachers recently landed in the hospital after trying to break up student fights.

To make matters worse, California is also seeing an uptick in COVID-19 — driven almost entirely by the delta variant, even as more omicron cases are confirmed — with the statewide daily average of new cases rising more than 30% since Thanksgiving.