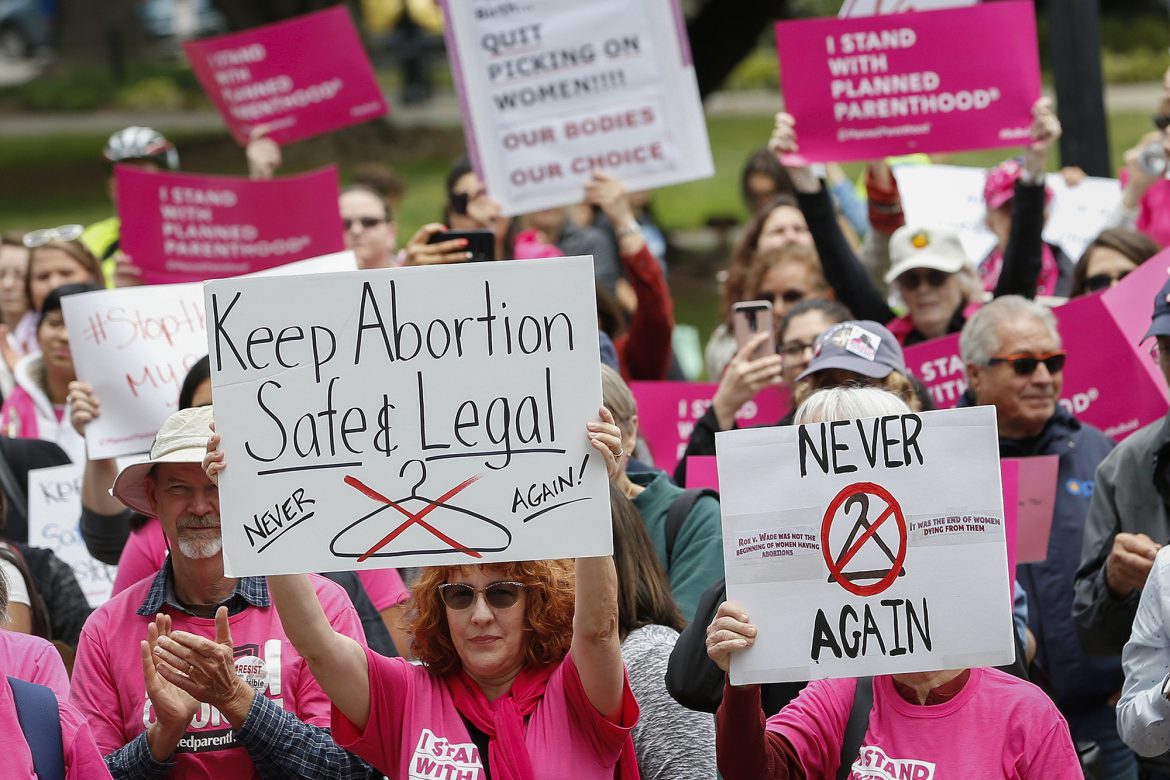 People rally in support of abortion rights at the state Capitol in Sacramento on May 21, 2019. AP Photo/Rich Pedroncelli

Hundreds of thousands of women seeking abortions could soon flood into California, and the state should maximize access for both in-state and out-of-state patients by helping cover the cost of the procedure as well as transportation, lodging, child care, food and lost wages.

Those were among the recommendations in a Wednesday report from the California Future of Abortion Council, which Gov. Gavin Newsom convened in September, shortly after Texas Gov. Greg Abbott signed one of the nation’s most restrictive abortion laws forbidding the procedure after about six weeks of pregnancy.

And with the U.S. Supreme Court poised to issue a ruling this summer that advocates say could result in 26 states immediately banning or severely limiting abortions, California would become the closest no-ban state within driving distance for 1.4 million women — a nearly 3,000% increase from current levels, according to an estimate from the pro-abortion rights Guttmacher Institute.The Golden State has already seen an uptick in patients from Texas since its abortion ban went into effect, according to Jodi Hicks, the president and CEO of Planned Parenthood Affiliates of California.

Armed with an estimated $31 billion budget surplus, both Newsom and top Democratic state lawmakers seem prepared to make good on that promise. Senate Democrats on Wednesday outlined the budget proposal they’ll release in full next year, emphasizing that California has both the wealth and the political wherewithal to protect reproductive rights, while Newsom told the Associated Press that he sees California as a “sanctuary” for out-of-state patients seeking abortions.

Meanwhile, California centers that counsel pregnant women against abortion are making their own preparations and increasing staffing levels ahead of the expected influx of patients, said Jonathan Keller, president and CEO of the California Family Council.

Among the other recommendations from the governor’s panel: