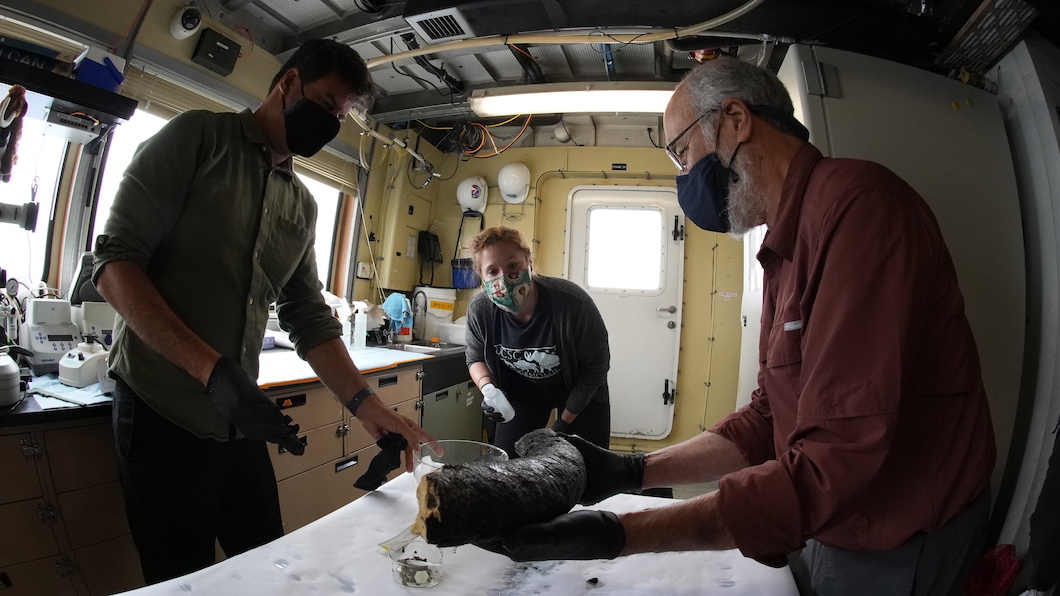 Scientists say a 3-foot-long mammoth tusk found off the California coast could be more than 100,000 years old and has been preserved for eons in the cold ocean depths.

The tusk was first spotted two years ago during a Monterey Bay Aquarium Research Institute expedition exploring a seamount 185 miles offshore, about 10,000 feet deep, with a remotely operated vehicle.

The team only collected a sample at the time, but returned in July this year to retrieve the entire tusk.

“You start to ‘expect the unexpected’ when exploring the deep sea, but I’m still stunned that we came upon the ancient tusk of a mammoth,” said Steven Haddock, senior scientist with the Monterey Institute.

The team believes it could be the oldest well-preserved mammoth tusk recovered from this region of North America. Scientists plan to examine the ocean currents to try to pinpoint where the tusk originally came from. Researchers plan to DNA sequence the tusk, which could lead to a better understanding of how mammoths colonized North America, the Institute reported.

The researchers have confirmed that the tusk is from a Columbian mammoth, well-preserved by the cold, high-pressure environment of the deep ocean.

“This specimen’s deep-sea preservational environment is different from almost anything we have seen elsewhere,” said University of Michigan paleontologist Daniel Fisher, who specializes in the study of mammoths and mastodons. “Other mammoths have been retrieved from the ocean, but generally not from depths of more than a few tens of meters.”

More information about the discovery and related research is available online HERE.