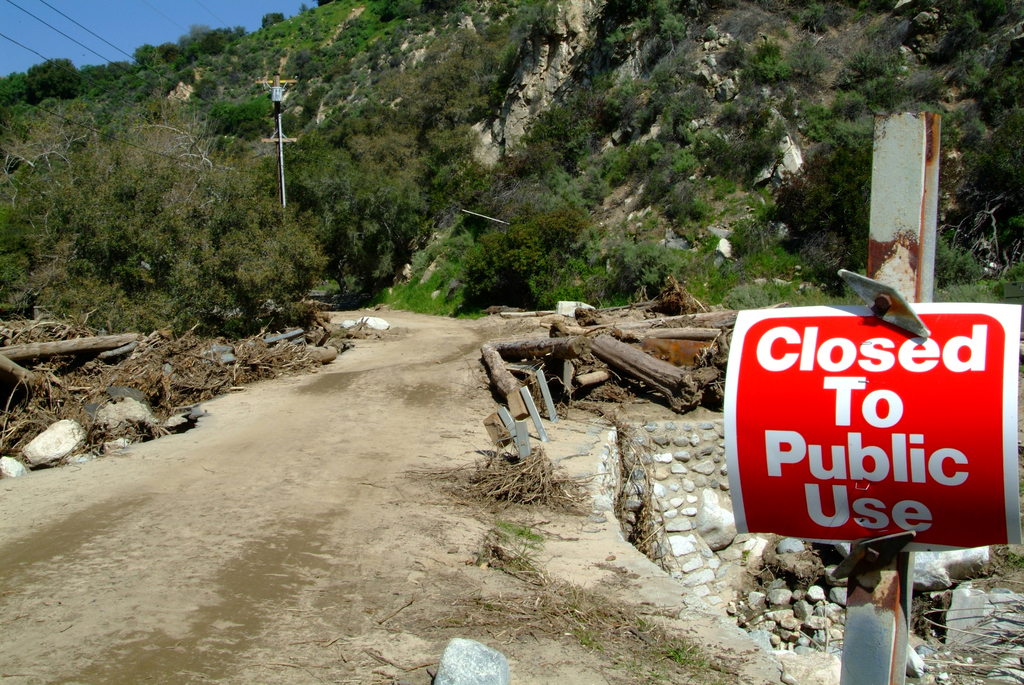 A major storm that walloped parts of the Bay Area on Sunday and Monday renewed concerns that heavy rainfall could lead to flash floods and “debris flows” in regions that were affected by wildfires over the past two years.

On Monday, authorities issued evacuation orders for areas in danger of debris flows near River Road in Salinas.

The order was in effect for Pine Canyon Road in Salinas, including Trimble Hill, Mesa Road, Manzanita Way, Wildwood Way, Redding Drive, Belmont Circle, and the southwest end of Berry Drive, according to the Monterey County Sheriff’s Office. Also affected by the order were Limekiln Road and the 800 block of River Road in Salinas.

The National Weather Service had earlier issued a flash flood warning from 1:45 to 8 p.m. for the River Fire, Carmel Fire, and Dolan Fire burn scar areas.

Highway 1 was closed at Deetjen’s Big Sur Resort and Ragged Point. Large animal evacuation resources and information were made available from the SPCA Monterey County at 831-646-5534.

But what is a debris flow, and why is it so worrisome?

A concern in fire-scarred areas

The question is particularly relevant for residents who live on or below hillsides, especially those impacted by recent wildfires, according to the California Department of Conservation.

Colloquially, a debris flow is often identified as a mudslide. To be more exact, it is a fast-moving mass of material — a slurry of water, rock, soil, vegetation, and even boulders and trees — that moves downhill by sliding, flowing and falling.

Debris flows develop during intense rainfall, changing the earth into a flowing river of mud. They can flow rapidly, striking with little or no warning at avalanche speeds — faster than a person can run, according to Ready.gov, a website created by the U.S. government to help citizens cope with emergencies.

Debris flows range from a few square yards to hundreds of acres in area, and from a few inches to 50 feet deep.

“Even smaller ones can be locally dangerous: Imagine trying to walk through a 3-inch deep mass of wet concrete moving at 30 mph,” according to the California Department of Conservation website.

The speed of debris flows is what distinguishes them from large, slow-moving landslides. It can take weeks or months for detectible movement to start as a landslide. Debris flows are more dangerous because they are fast-moving — triggered by short, intense periods of rainfall, like the period the Bay Area is currently experiencing.

Debris flows can cause both property damage and loss of life, and residents should take precautions to prepare for and survive them.

Residents should pay close attention to official forecasts, the conservation department said. Debris flows can spring up anywhere, according to the department.

Many Bay Area residents, especially those in the North Bay, already have “go bag” emergency kits, as well as family communications plans. Both are recommended by Ready.gov, as well as making a plan for the household and the pets.

“Get out before the storm arrives,” the conservation department advises, adding that “if you wait to see if a debris flow is coming your way, it will be too late to leave safely.”

Aside from debris flows, storms that cause them can also cause more common flooding dangers, and residents should be on the lookout for these as well, according to the department.

“Never drive, walk, or bicycle through a flooded road or path. Even a few inches of water can hide currents that can sweep you away. Also, the water level can rise before you finish crossing,” according to the conservation department.

In addition to concerns about the Salinas Valley, Monterey County and Santa Cruz Mountains, weather forecasters on Monday also were keeping an eye on Half Moon Bay and portions of the North Bay where streams and creeks were rising rapidly as an atmospheric river continued to drench the region.

The National Weather Service said flooding was possible in low-lying areas around Pilarcitos Creek in Half Moon Bay, where the creek was rising quickly and was above minor flood stage by 9 a.m.