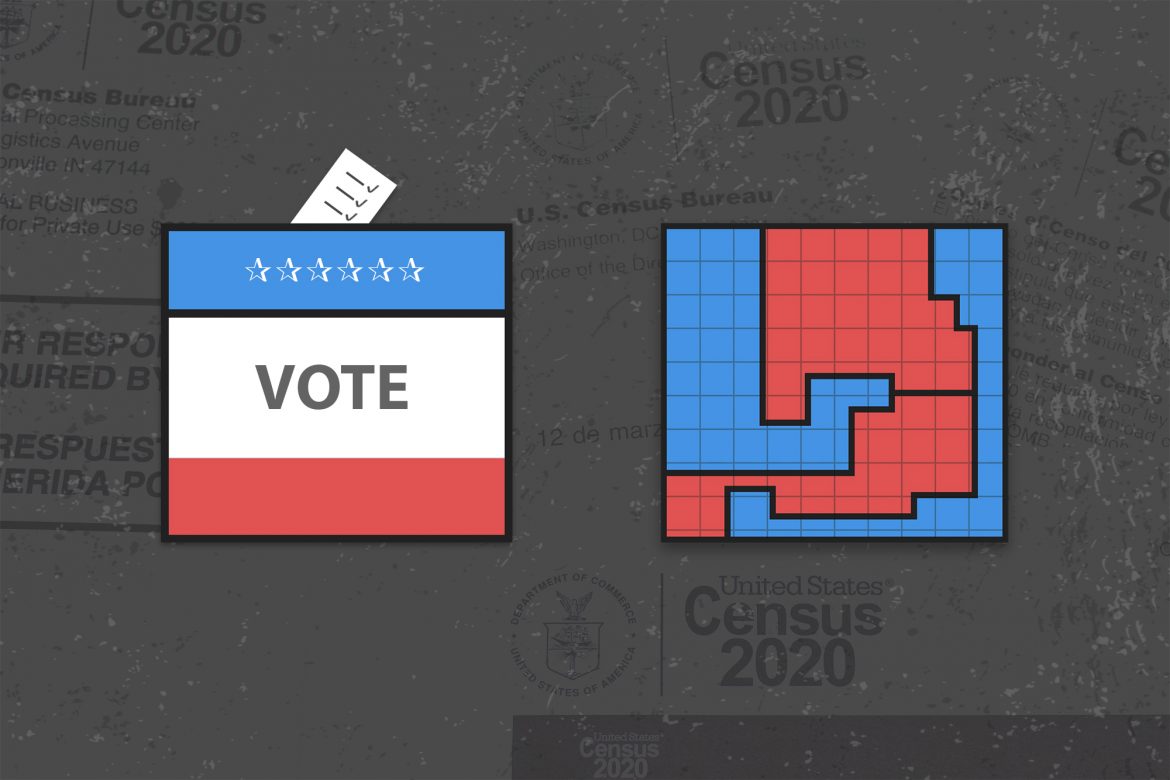 Redistricting won’t change that California is a blue state. But it could decide just how blue it is.

For the second time, the once-in-a-decade process of drawing the state’s new congressional and legislative districts is in the hands of an independent commission — officially without concern about the impact on the partisan balance of power.

But in reality, party politics shadows the entire process — and the citizens commission is getting plenty of outside pressure as it meets this week to cull through public comment on its preliminary maps and consider changes.

And how it draws the final districts will nonetheless impact partisan dynamics — including whether Democrats are able to keep the supermajority in the Legislature they won in 2018 and retained in 2020.

While slightly more competitive, the preliminary districts aren’t likely to change those numbers much, according to one study. Democrats are likely to keep 40 of 52 House seats, 62 Assembly seats and 31 Senate seats, says the Public Policy Institute of California analysis.

But those party breakdowns could shift in the final districts that the commission will be working on the next several weeks before adopting them just before Christmas.

Fredy Ceja, communications director for the commission, said that when seeking public comment, it didn’t ask for political affiliation. And he noted that the state constitution says that “districts may not be drawn for the purpose of favoring or discriminating against an incumbent, political candidate, or political party.”

Democrats have a supermajority in the Legislature, and, under the draft maps, that doesn’t appear likely to change.

According to the PPIC analysis, which uses data from the nonpartisan PlanScore site, 14 Assembly seats and 11 Senate seats are likely to change party control at least once in the next decade — a slight increase from 12 and 9 with the current districts.

The commission — which is discussing Assembly maps this week and state Senate districts the week of Dec. 14  — does not take into account the current district lines, or where incumbents live. That’s why the draft maps place as many as 29 state Assembly members and 14 state senators in a district with another incumbent.

Legislators would have to move to another district to avoid running against a fellow lawmaker, though enforcement of the law has been weakened. The final lines will also determine who can challenge incumbents and can run for open seats.

One factor that is already influencing the potential partisan breakdown: legislators who are leaving voluntarily. Democratic Assemblymember Ed Chau of Monterey Park in Los Angeles County, for example, was appointed Monday by Gov. Gavin Newsom to a judgeship. Chau represents the only Asian-majority legislative district in not just California, but the continental U.S., according to redistricting expert Paul Mitchell.

Even with some departures, however, Republicans have no realistic hope of winning a majority in the Legislature. But getting rid of the Democratic two-thirds supermajority — which allows Democrats to pass tax increases or put constitutional amendments on the ballot without any Republican votes — is conceivably within reach.

If Republicans were able to flip at least seven seats in the Assembly and five in the state Senate, they would have more influence over taxes and policy choices.

Democratic leaders shied away from commenting on the potential impact of the new districts while the commission is still at work.

“In keeping with the distinct roles established by voters for the Legislature and the Citizens Redistricting Commission, we will not be able to provide comment on the draft maps,” state Senate President Pro Tem Toni Atkins of San Diego and Assembly Speaker Anthony Rendon of Lakewood said in a joint statement provided Tuesday to CalMatters by a spokesperson. “While the Citizens Redistricting Commission does its job, the Legislature will continue to do ours — building upon the historic and transformative accomplishments that we have made in this legislative session.”

The competition and the stakes for California’s congressional seats could be a little higher.

According to the PPIC analysis of the preliminary maps, 13 U.S. House seats are likely to change party control at least once in the next decade, compared to 10 within the existing districts.

Nationwide, Republicans only need to flip five seats in 2022 to take control of the U.S. House of Representatives. And they’re well on their way, just from the GOP-controlled redistricting already completed, according to analyses of new congressional districts by Politico and FiveThirtyEight.

That’s not by accident: In most other states, redistricting is done by state legislatures, most of which are under Republican control. That includes states that gained congressional seats after the 2020 Census, including North Carolina and Texas. (California lost a seat for the first time ever, complicating the redistricting process.)

In states where legislators drew the lines, nearly 90% of congressional races over the last decade were easy wins for one party or the other, Politico reports.

Jonathan Mehta Stein, executive director of California Common Cause, which has led the charge for independent redistricting commissions statewide and on the local level, noted that while the process has been “disruptive,” the alternative as seen in other states is a lot more gerrymandering and less competition.