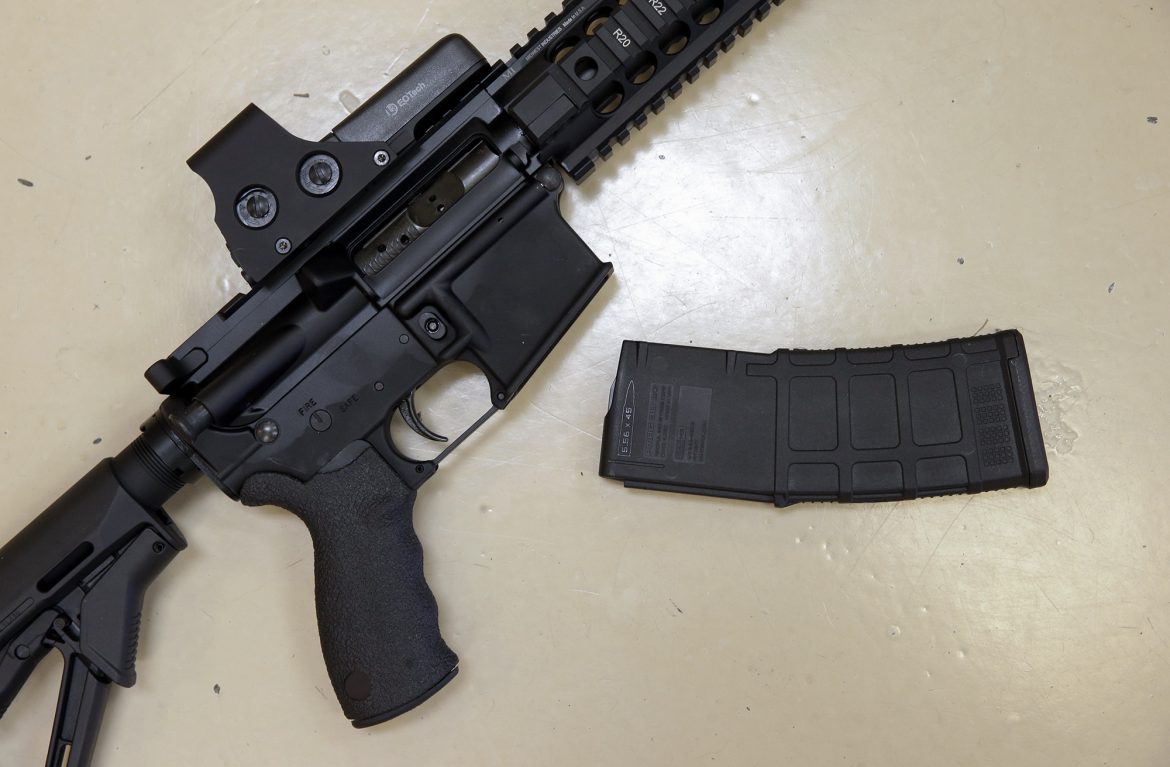 A custom-made semi-automatic hunting rifle with a high-capacity detachable magazine at a gun store in Rocklin on Oct. 3, 2013. AP Photo/Rich Pedroncelli

As California tries to crack down on crime, it secured a sizable victory for its strict gun control laws on Tuesday.

That’s when a federal appeals court reinstated California’s bans on the sale and possession of high-capacity magazines that can funnel more than 10 rounds of ammunition into a single firearm. The 7-4 ruling from the U.S. 9th Circuit Court of Appeals — which gun rights activists plan to appeal to the U.S. Supreme Court — overturns a prior ruling from U.S. District Judge Roger Benitez that declared California’s large-capacity magazine ban unconstitutional. It also suggests that the appeals court will likely uphold the Golden State’s ban on assault weapons, which Benitez deemed unconstitutional in a controversial June ruling that likened an AR-15 rifle to a Swiss Army knife.

Also Tuesday, the Los Angeles City Council unanimously voted to ban ghost guns, untraceable firearms built from components bought online or produced by a 3D printer. A recent New York Times investigation found that ghost guns accounted for a whopping 25% to 50% of firearms recovered at crime scenes in Los Angeles, Oakland, San Diego and San Francisco in the past 18 months.

But one of the most violent places in California isn’t a big city. It’s Kern County, population 900,000, in the southernmost band of the Central Valley. Since 2016, it’s had the highest homicide rate of any California county. And last year, about one out of every 8,000 of its residents was murdered. CalMatters’ Nigel Duara takes a closer look at what’s going on.