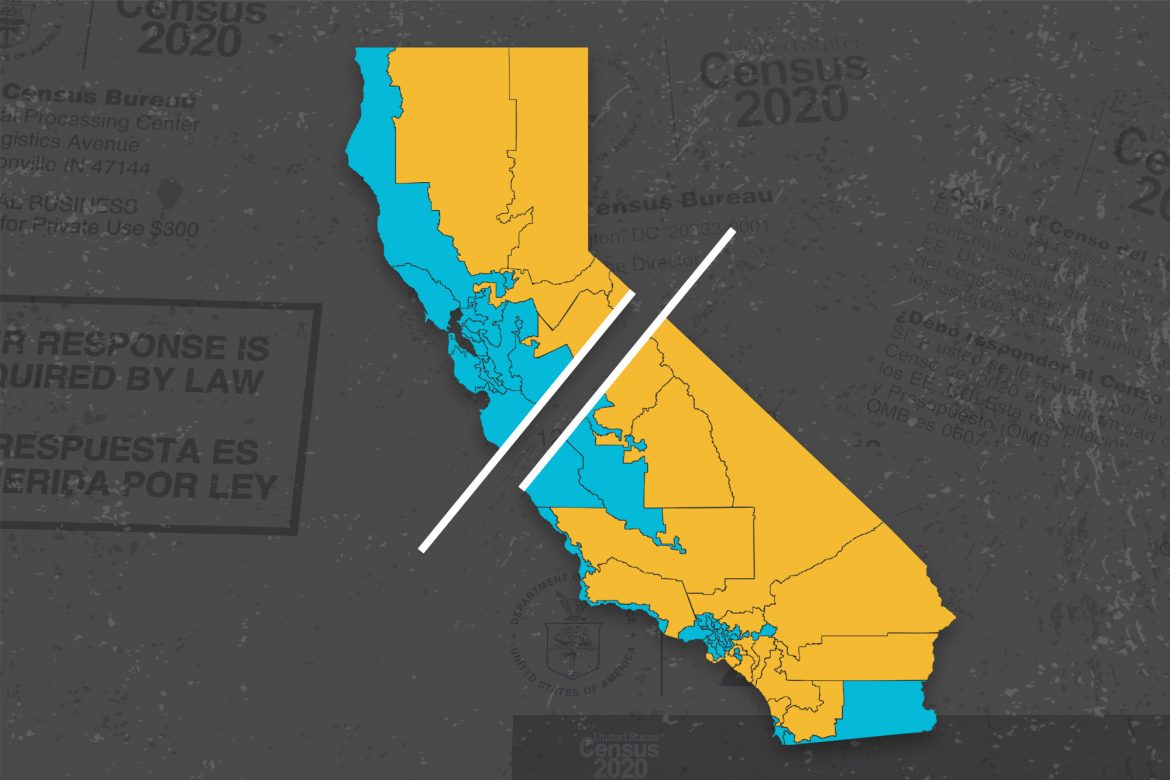 It’s crunch time for California’s independent redistricting commission, and it looks like they’re nearing the finish line, though not without continued criticism.

The 14 commissioners are under intense scrutiny — and face a Dec. 27 deadline to submit their final report to the secretary of state, including new district lines for the U.S. House, state Assembly, state Senate and Board of Equalization.

They’re pledging to vote on adopting the maps today. At the same time, however, they’re hearing from outside critics because they’re drawing some weirdly shaped districts in trying to keep communities of interest together and protect minority voting power.

After a barrage of calls last week about the city of San Jose being split into four congressional districts, the commission redrew the congressional map into what some experts called the “ribbon of shame” – a coastal district starting just south of San Francisco, and moving inland towards Kern County just north of Bakersfield.

But by Sunday night, after several commissioners voiced “buyer’s remorse” on that district, they opted to walk it back for now.

That prompted a quick response from San Jose Mayor Sam Liccardo, who complained that his city would become the only major U.S. city without its residents making up a majority of constituents for at least one member of Congress.

The tug-of-war in response to public comment – solving one problem while trying not to create another – is part of the process, but also emblematic of the commission’s struggles since adopting preliminary maps on Nov. 10 and toiling on last-minute adjustments in marathon sessions Friday, Saturday and Sunday.