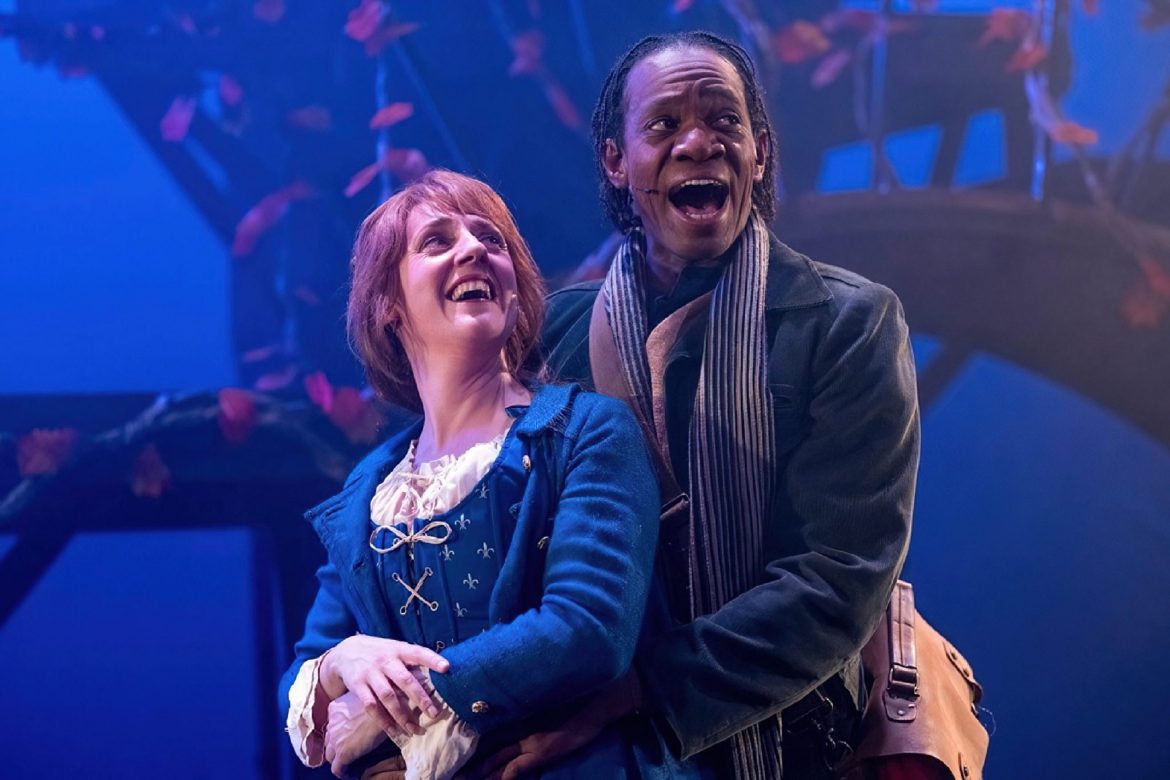 Biss is back: If the third time is the charm, wouldn’t the 12th be four times as good? The incomparable pianist Jonathan Biss, who made his first appearance on a San Francisco Performances stage in 2007, will now rack up an even dozen with his recital in the Herbst Theatre at 7:30 p.m. Saturday. Renowned for his intense sensitivity and full immersion into his performances, Biss hails from a musical family with a long history and has also written extensively about music.

His program for this appearance includes the highly intimate “Davidsbundlertanze” suite by Robert Schumann. He will also play Schubert’s Sonata in C minor, selections from “On an Overgrown Path” by Janáček and selections from Kurtág’s “Játékok.”

A seasonal offering: For the first time in 15 years, the award-winning Philharmonia Baroque Orchestra and Chorale, now under the direction of Richard Egarr, is bring us the glorious “Christmas Oratorio” of Johann Sebastian Bach, presenting it in three venues over four days from Thursday through Sunday.

The six linked cantatas that relate to the season’s big Christian story, from Christmas itself through the Epiphany, will feature four soloists: returning contralto Avery Amereau and, all making their Philharmonia debuts, soprano Lydia Teuscher, tenor Gwilym Bowen and bass-baritone Ashley Riches. It’s also notable that, although this is Egarr’s second season at the helm, these concerts represent the first time he has been able to work with the Chorale, which had been sidelined during the pandemic. He is serving as its interim director while the search is on to permanently replace Bruce Lamott, who retired last year.

Nuts to the holidays: It was not quite 130 years ago that the original “Nutcracker” ballet was born, with choreography by Marius Petipa and Lev Ivanov and a score by Tchaikovsky. We can’t help but think that if those three artists were beamed into the Bay Area this weekend they’d be amazed at how their creation has become a ubiquitous holiday offering. Yes, “Nutcracker” season kicks into high gear this weekend, with several productions — of varying styles and performance lengths — debuting. And unlike last year, most productions this season are live shows, or at least offered as a live-or-online choice.

The grandpappy of these productions comes from the San Francisco Ballet, which is credited with performing the first full-length version of the ballet in the United States, in 1944. These days, the company is presenting a different version, an acclaimed San Francisco-set adaptation by artistic director Helgi Tomasson, which will return to the War Memorial Opera House in San Francisco Friday through Dec. 30. Tickets are $19-$449; go to sfballet.org.

But Nutcracker connoisseurs have other choices. San Jose Dance Theatre, accompanied by Cambrian Symphony, is presenting its full-length version of the ballet for the 56th year, plus a shorter “Once Upon a Nutcracker” designed for kids. Performances are Friday through Sunday and Dec. 17-19 at the Center for the Performing Arts in San Jose ($20-$95 main show, $11-$20 kids show; www.sjdt.org). Livermore’s Valley Dance Theatre is presenting its popular full-length production for the 40th year, once again backed by the Valley Dance Theatre’s Pit Orchestra. Performances are Saturday through Dec. 20 at the Bankhead Theater in Livermore ($25-$45; www.valleydancetheatre.com). Next weekend, New Ballet’s “San Jose Nutcracker,” with its distinctive Silicon Valley references, and Oakland Ballet will debut their productions.

All that Jazzmeia: New York City-based singer-songwriter Jazzmeia Horn is blessed with many talents. She has a sublime singing voice that has earned her comparisons to icons such as Sarah Vaughan, Nancy Wilson and Ella Fitzgerald (especially since she is adept at scat singing and vocalese) and led her to victory in a variety of prestigious vocal competitions. She’s also earned kudos for her songwriting skills since she included her own songs on her second album “Love and Liberation” (2019). She also demonstrated a flair for musical arrangements on her big-band-backed third album “Dear Love” and has shown a knack for sparkling interpretations while covering classics from Erykah Badu, Stevie Wonder and the Beatles, among others.

Her musical foundation is a fertile mix of jazz, R&B and African styles, and Horn has used her self-written songs to address such topics as climate change, civil rights and feminism. In short, you never know quite what you’ll get from a Horn concert, but chances are it will be well worth your time. She returns to the Bay Area on Friday to perform with a quartet at Zellerbach Playhouse, in a concert presented by Cal Performances. The program has not been disclosed, but organizers say she curated the setlist during the pandemic and focused primarily on songs about perseverance.

Show time is 8 p.m. Proof of vaccination is required, and masks must be worn in the theater. Tickets are $63-$68; go to calperformances.org.

Remembering Sondheim: The theater world lost a legend with the passing of Stephen Sondheim on Nov. 26. His knack for memorable melodies and insightful lyrics made him one of a kind. This week, and beyond, Bay Area theater fans have two options for observing his genius in action.

First off, movie theaters across the region (and around the country) will be screening Steven Spielberg’s update of the classic musical “West Side Story.” Spielberg and scriptwriter Tony Kushner will no doubt update the story somewhat, but Sondheim’s original lyrics will still stand front and center (the hilarious “Gee, Officer Krupke” remains one of the most biting and brilliant satires ever written for any musical).

Meanwhile, Berkeley Playhouse is staging the 1986 musical “Into the Woods,” featuring Sondheim’s music and lyrics, along with a book by James Lapine. The show cleverly incorporates Brothers Grimm fairy tale characters in a story about a couple seeking to escape a curse placed upon them by a witch. The production runs through Dec. 23 at the Julia Morgan Theater in Berkeley. Proof of vaccination is required, and masks must be worn in the theater; children under 12 must show proof of a negative COVID test. Tickets are $29-$44; go to tickets.berkeley playhouse.org.

You can also rent or buy the star-studded 2014 Disney film adaptation of “Into the Woods,” starring Meryl Streep, Anna Kendrick, Chris Pine, Tracey Ullman and many more, on Amazon Prime and other streaming sites.