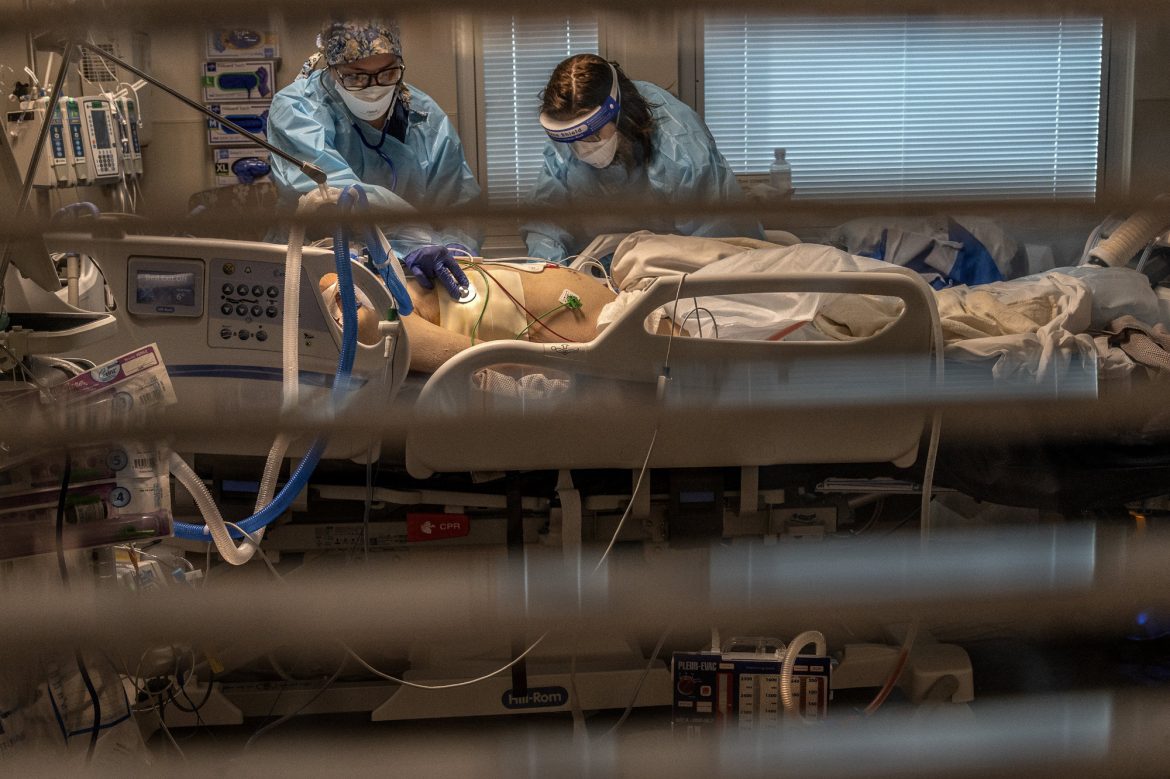 COVID is unrelenting: You can have been super-careful for months on end, but you let your guard, and mask, down at an office holiday party and get infected with the surging omicron variant.

And what if you go to the hospital for minor surgery and contract the virus there?

In a blockbuster investigation by Kaiser Health News, Lauren Weber and Christina Jewett reported Thursday that hospitals with “high rates of COVID patients who didn’t have the diagnosis when they were admitted have rarely been held accountable due to multiple gaps in government oversight.”

The story focuses on Riverside Community Hospital, where the investigation found that 4% of Medicare patients with COVID were infected after admission, double the national average. The reporters interviewed actress Jodi Evans, who was admitted after a horseback fall in May 2020. About a week into her stay, she tested positive. She was hospitalized for a month, and says she racked up more than $1 million in bills and is suffering from long-haul symptoms.

SEIU-United Healthcare Workers West is suing the hospital on behalf of staffers, who claim they were forced to work without protective equipment, which “created an unnecessarily dangerous work environment, which in turn has created dangerous conditions for patients.”

The hospital is fighting the lawsuit, saying that the plaintiffs are only speculating that they contracted the virus at the hospital, and arguing that the court should not step into the place of “government agencies who oversee healthcare and workplace safety”

But the investigation also found that even when state inspectors reviewed California hospitals with high rates of post-admission COVID, they identified few shortcomings.

This latest eye-opening look at how the healthcare system is dealing with COVID comes as the omicron variant sweeps across the nation and California, with spiking case numbers in Los Angeles, San Francisco and San Diego. On Thursday, the state Department of Public Health said that there is “likely community transmission” of omicron in most of the state, based on testing of wastewater and at least three health systems reporting that the variant comprises 50% to 70% COVID cases. On Wednesday, Gov. Gavin Newsom outlined more testing and vaccination requirements to try to limit what he called a fifth wave.