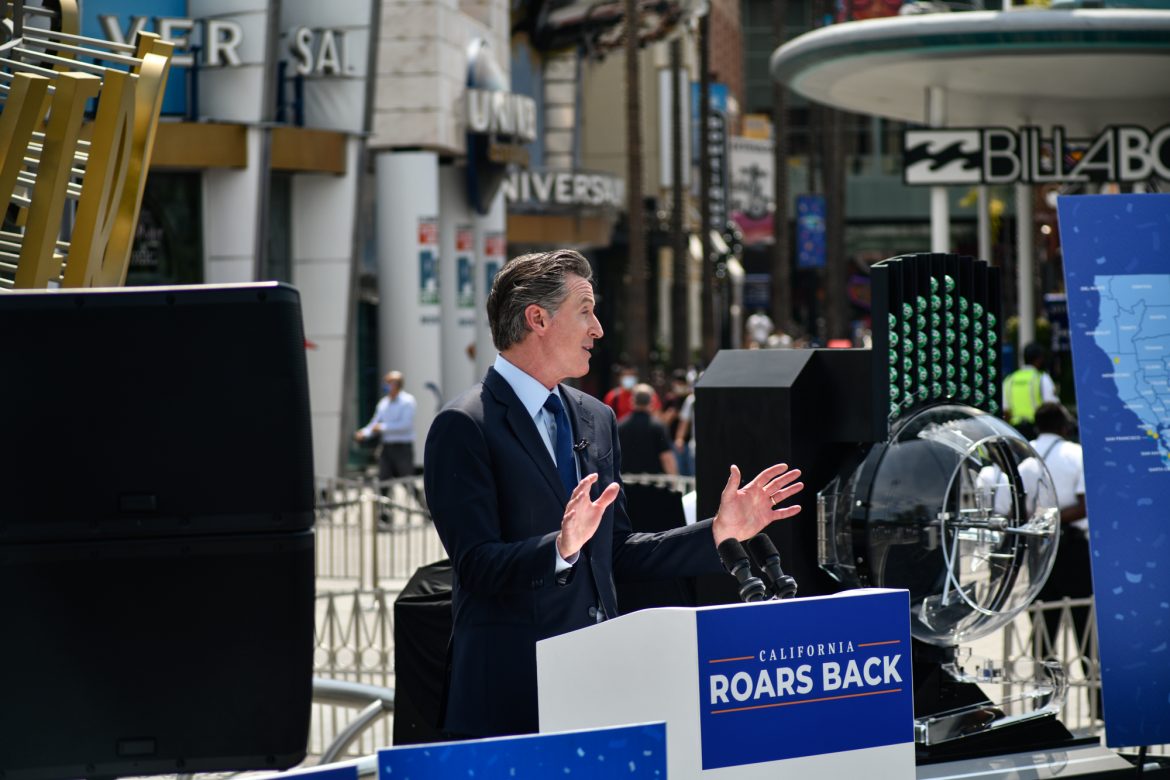 How long will California be in a state of emergency due to COVID-19?

Gov. Gavin Newsom last week issued an executive order that extends certain portions of his March 4, 2020 emergency proclamation through March 31, 2022 — raising questions about what conditions would prompt Newsom or state lawmakers to phase out the emergency powers that have shaped Californians’ lives for nearly two years and affected more than 400 laws and regulations.

In extending California’s ability to hire out-of-state health care workers and waive certain licensing requirements, among other things, Newsom cited “the potential beginning of a new surge in COVID-19 cases” and “short-staffed and backlogged” health care facilities. It’s a rationale similar to the one he gave in June, when he said he would keep California’s state of emergency in place even as the economy fully reopened: “This disease has not been extinguished.”

The news comes as some Californians seek clarity on milestones that would prompt the state to unwind its emergency measures. Two UCSF doctors — including the director of the emergency department’s COVID response — recently started a petition calling on Newsom to identify metrics under which the state would lift its school mask mandate. On Friday, a superior court judge dismissed a lawsuit challenging the mask mandate, citing the governor’s emergency authority. (However, the judge also noted that districts can decide for themselves how to enforce the mandate and whether they want to follow the state’s testing and quarantine guidelines.)

Meanwhile, resistance to mask and vaccine mandates appears to be growing in corners of the state that have long opposed Newsom’s COVID rules. A handful of rural Northern California school districts recently voted to defy Newsom’s student COVID-19 vaccine mandate once it goes into effect, putting them at risk of losing millions of dollars in state funding.

Vitriol has grown so intense in some rural areas that local governments are dealing with what one state emergency official called a “stark acceleration of domestic violent extremism.” Last week, the Butte County town of Oroville made national headlines for declaring itself a “constitutional republic” in opposition to Newsom’s pandemic rules.

But nothing can match the wild west of the internet, where social media users recently circulated a “deepfake” video edited to make it look like one side of Newsom’s face was drooping in reaction to his COVID-19 booster shot. Newsom last week characterized such rumors about his nearly two-week absence from public events as “a rabbit hole of conspiracies,” adding that he didn’t have any reaction to the booster shot and had been spending time with family.