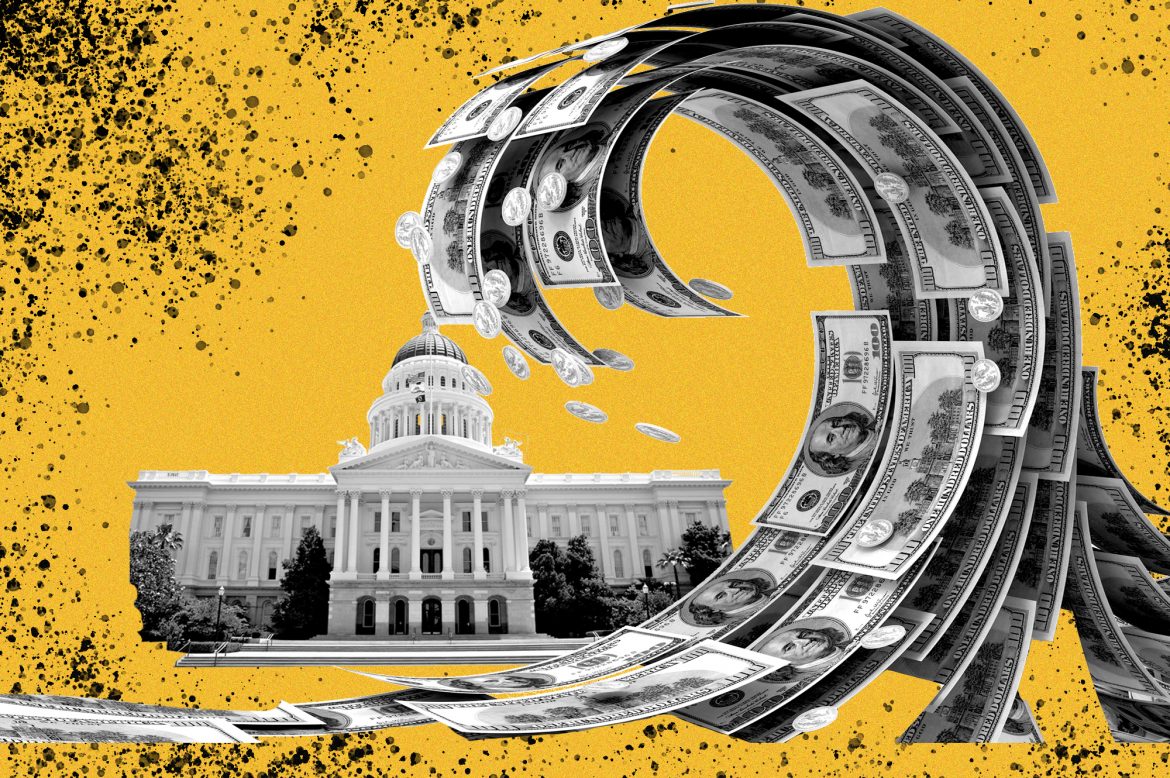 Remember the Golden State stimulus checks? Well, more might be landing in your bank account in the near future.

That’s because California is — once again — overflowing with money, and will likely have a $31 billion budget surplus next year, according to a Wednesday report from the independent Legislative Analyst’s Office. And because the state is forbidden from spending more tax dollars per Californian than it did in 1978, once adjusted for inflation, it only has a few options for handling most of the cash windfall: slashing taxes; issuing tax rebates; funneling it to schools and community colleges; or earmarking it for certain purposes, such as infrastructure.

While touring the backlogged Los Angeles and Long Beach ports on Wednesday, Gov. Gavin Newsom said he plans to “substantially increase our one-time investments in infrastructure” in the budget proposal he’ll send to state lawmakers in January. He also suggested that another round — or two — of stimulus checks could be on the way.

Newsom and state lawmakers agreed on a record-breaking $262.6 billion spending plan for the fiscal year that began July 1, which included $12 billion in stimulus payments and unprecedented investments in education, homelessness and the environment. On Wednesday, Newsom unveiled the first 18 projects that will receive funding from the $6 billion broadband package.

Much of the extra revenue came from one-time funding sources, which helps explain why many California schools are still facing yawning budget deficits. However, the Legislative Analyst’s Office predicts that California can afford to increase its annual expenses by $3 billion to $8 billion through the 2025-26 fiscal year — a prospect that didn’t appear to sit well with Republicans.

According to the Legislative Analyst’s Office, there are several main reasons why California is swimming in money even though a whopping 26% of residents are functionally unemployed and its poverty rate is the highest in the nation when the cost of living is taken into account. They include:

Asked about skyrocketing gas prices on Wednesday, Newsom said Californians have to “disenthrall” themselves from “being victims of petro politics,” adding, “We have to accelerate our transition — once and for all — away from fossil fuels.”