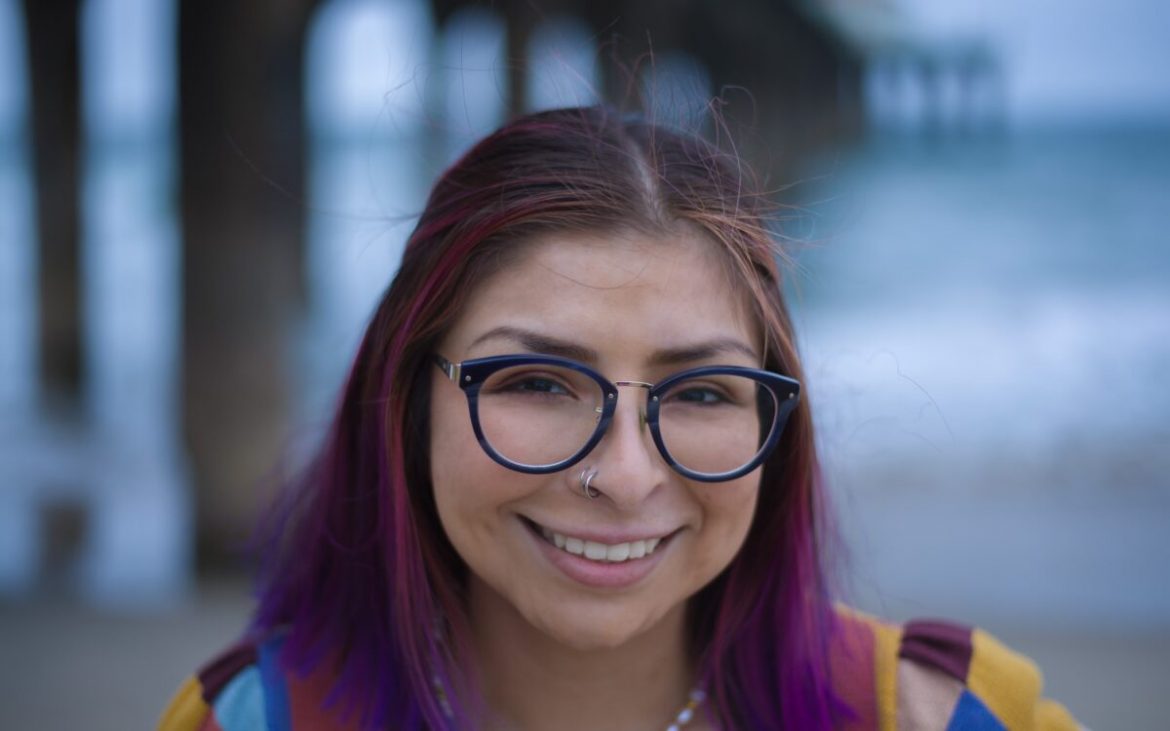 For about eight months, Amanda Cangelosi worked nearly every day as a barista at the local Barnes & Noble near her Los Angeles County home in Agoura Hills.

After struggling through two classes at San Francisco State University during fall 2020, she chose to leave the campus and start working to save money.  Living with her parents would be better than the stress of attending online classes in the middle of a pandemic.

But in March, Cangelosi, 20, received an email from the university.

“They wanted me to come back, and if I came back they would give me priority (registration) for classes,” she said. “It made me feel wanted. Like, OK, I’m a priority student. And that felt nice.”

Cangelosi was one of about 300 students to whom San Francisco State reached out in the last year as part of a pilot program to reconnect with students who dropped out or stopped attending the college after fall 2019.

“These students were all in good academic standing and had successfully completed their course work, but for whatever reason, they left us,” said Katie Lynch, senior associate vice president for enrollment management at the university.

And while many universities, including San Francisco State, have historically used advising teams to reach out to former students and encourage them to come back, this new approach was different and caught the attention of the statewide chancellor’s office.

Last month, as part of a four-year systemwide initiative to improve graduation rates, Chancellor Joseph Castro announced that other campuses in the 23-university system would copy San Francisco State’s approach to re-engage and re-enroll students.

Castro promoted the model as a way to get students to return to campuses and make progress toward graduation. The plan also allows colleges to target underserved students to make the system more equitable.

“We have a moral imperative to do better for our students,” Castro said during the convention. “The equity plan calls for an immediate systemwide re-enrollment campaign with specific goals for bringing underserved students back to our universities beginning this spring. … Let’s reach out, find creative ways to reconnect and welcome them back to the CSU and provide them with the support they need to get back on track.”

A spokesman for the system said there was no official date for the campaign to kickoff, but all the campuses would begin — if they haven’t started already — reaching out to students to come back for the spring semester.

Fall 2021 enrollment across the CSU system is down 1.7%, which is on par with universities nationally. Across the country, public four-year universities have seen undergraduate enrollment fall about 2.5% this year, according to the National Student Research Clearinghouse.

But the picture is different across the CSU system in which 17 of the 23 campuses saw declines. Every region of the state saw decreases like those in the Bay Area and the San Joaquin Valley, but especially on the North Coast.  The largest was at Humboldt State, which has been down since 2016 and is in the midst of an effort to convert into the state’s third polytechnic campus as one way to entice more students to enroll.

Sonoma State had the second-largest decline in students this year at about 8% down from last year. The campus (along with Humboldt State and San Francisco State) had seen enrollment erode for years before the pandemic.

Those declines are due to a few things like the pandemic and wildfires fires that have impacted the North Bay Area region in recent years. About two-thirds of Sonoma State’s students come from outside the region, so without the ability to have potential students visit the campus and see the campus in-person, fewer are coming, said Elias Lopez, associate vice president for strategic enrollment.

The campus is also in a competitive region with two UC campuses, Davis and Berkeley, nearby. Not to mention SF State to the west, Cal State East Bay, and San Jose State in the South Bay Area region, he said.

As for students who have stopped out, the Sonoma campus is looking to hire a reinstatement and retention coordinator. Under the previous coordinator, the campus identified 290 students who stopped out between fall 2019 and spring 2021, with 25 students who expressed interest in coming back and, as of July, 11 returned, said Alvin Nguyen, Sonoma State’s director of transfer and transition programs.

Once the campus has that coordinator, Nguyen said they can examine using practices like the ones at SF State to incentivize and retain students. “Right now we’re starting with a person to talk to these students and navigate the different process around here,” he said, but coupling that with other programs and incentives, “we’re not quite there yet, but it’s definitely on the horizon.”

Enrollment has been down at SF State since before the coronavirus pandemic, but the university saw its steepest decline in Fall 2020 when 6.3% fewer students arrived at the campus. For this fall, enrollment only decreased by 1.7%.

When it came to encouraging students to come back, Lynch said campus administrators were aware that many of the students they were contacting left the university once the pandemic started.

“So we knew there would need to be additional support to encourage them to come back and help them find that right pathway,” she said.

San Francisco State’s approach wasn’t merely to encourage former students to return but to offer them incentives to make them feel welcome. If a student had a financial hold on their account or owed a balance, then a financial aid adviser would contact them about waivers or payment plans.

Marissa Ledesma not only saw her application and enrollment fees waived, but she also received priority registration for her classes.

The Bakersfield native graduated from high school in May 2019 and enrolled in San Francisco State that fall as a political science major. But Ledesma, 20, said her experience at the college before the pandemic started wasn’t what she thought it would be.

“I wasn’t necessarily happy with some of the cultures at S.F. State,” she said. “It is a commuter school, and living on campus can be isolating when a lot of students don’t live there.”

Ledesma, who would visit San Francisco every year with her family as a kid, said the campus failed to live up to the expectations she had created from watching movies about college that featured football games and large sorority and fraternity houses. Once the pandemic started, Ledesma had to leave campus and return home to Bakersfield to attend college mostly online.

“I just had a lot of sour feelings against the school, and I didn’t know if that was the place I wanted to be,” she said. So, she dropped out and enrolled in Berkeley City College in fall 2020, where she switched her major to sociology.

Meanwhile, San Francisco State had already started its campaign to reconnect with students who had left the campus. And while Ledesma said she would see their emails, she “kind of blew them off. They were like an ex that kept calling and texting.”

Instead, Ledesma applied to four University of California campuses. Only one, UC Santa Cruz, accepted her, but it wasn’t her dream school — UC Berkeley. So, in May, Ledesma responded to one of San Francisco State’s emails.

“I’m wanted by them,” she said. “They were offering to waive some fees and get me into priority enrollment. After being declined from my dream school … well, it felt nice that someone does want me and will cater to me and help me. I had so many doors shut in my face that even though I had sour feelings against them, I wanted to rekindle that relationship.”

Of the 302 students San Francisco State reached out to for the pilot, only 60 responded and decided to return. Of those 60, 15 had financial obligations that ranged from $700 to $7,000, Lynch said.

“There were some other students who said they would love to come back, but they’re waiting because of family obligations or because of the pandemic,” Lynch said. “We’re continuing to communicate with those students and hope they find their way back to us this spring.”

And two weeks ago, the university started a new effort to contact about 1,500 students who enrolled this spring but didn’t return for the fall semester.

“Our ultimate goal is to get them back,” Lynch said.