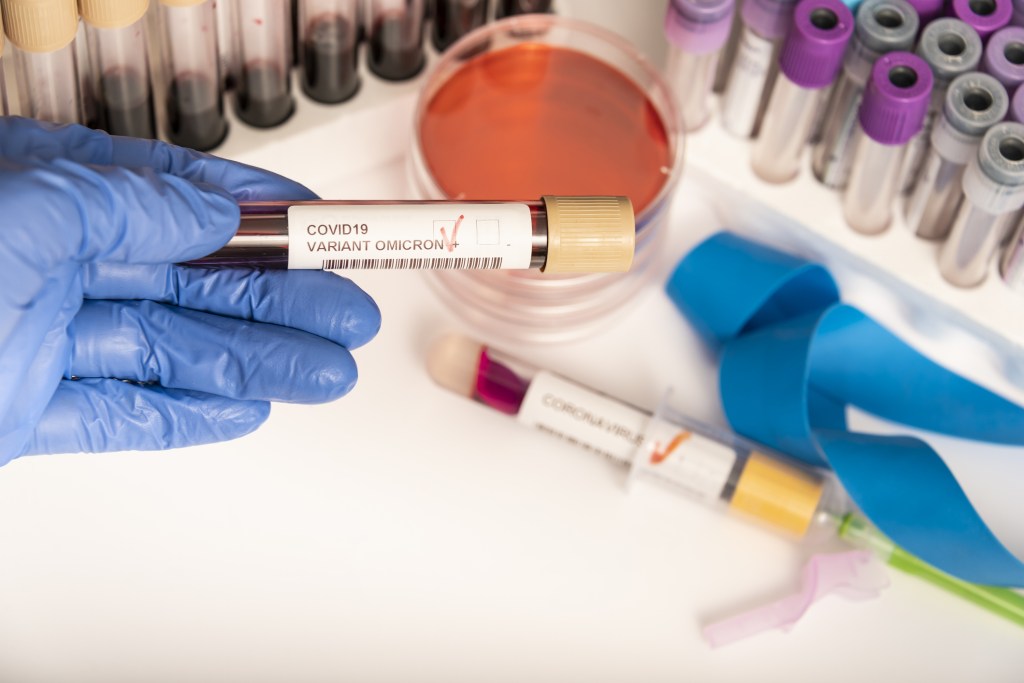 The omicron variant of COVID-19. Photo via iStock

After the reprieve of a long Thanksgiving weekend, today will likely serve as an unwelcome reminder for Californians that the pandemic is far from over.

Today, the United States is set to close its borders to travelers from South Africa, Zimbabwe, Botswana, Eswatini, Lesotho, Malawi, Mozambique and Namibia to limit spread of a COVID-19 variant called omicron, which the World Health Organization on Friday labeled a variant of concern.

Also today, the city of Los Angeles plans to start enforcing one of the country’s strictest vaccine mandates: Restaurants, coffee shops, museums, theaters and other indoor venues must verify that customers are vaccinated before allowing them to enter — or face fines of as much as $5,000.

For Gov. Gavin Newsom, who returned to California on Sunday night after spending much of the last week in Mexico, the developments underscore the twin challenges that will likely define much of his governorship: keeping Californians safe from COVID-19 and keeping the state’s small businesses afloat.

Newsom’s administration is already ramping up its response to the omicron variant, though it hasn’t yet been detected in the U.S. and it’s not yet clear if it’s more transmissible or deadlier than other forms of the virus. The California Department of Public Health said Sunday that it plans to increase COVID-19 testing at airports serving travelers from southern Africa, track the variant through genetic sequencing, and continue to promote vaccines and booster shots.

But even as the Newsom administration doubles down on vaccines, it secured a legal victory that seemingly undermines those efforts. On Friday, a federal appeals court temporarily blocked an order from U.S. District Judge Jon Tigar requiring California prison workers to get the COVID-19 vaccine. Newsom appealed that ruling last month, arguing that it would result in a severe staffing shortage at state prisons; now employees won’t be required to get the shot until March 2022 at the earliest.

Although California overall is doing better now than a year ago, a CalMatters analysis found that at least 18 of 58 counties had more hospitalized COVID patients last week than they did at the same time last year — and another five had just as many. Some Central California hospitals are so overwhelmed with patients they’re begging the state to make it easier for them to be transferred to other counties.

The economic outlook is similarly dire: California isn’t likely to see a full recovery until the end of 2023, according to a recent report from the California Center for Jobs & The Economy. Passenger levels rebounded at California airports over Thanksgiving weekend, but the omicron variant could erase some of that progress. And about 1 million Californians may have to repay some or all of the federal jobless benefits they received during the pandemic, the state unemployment department warned last week.