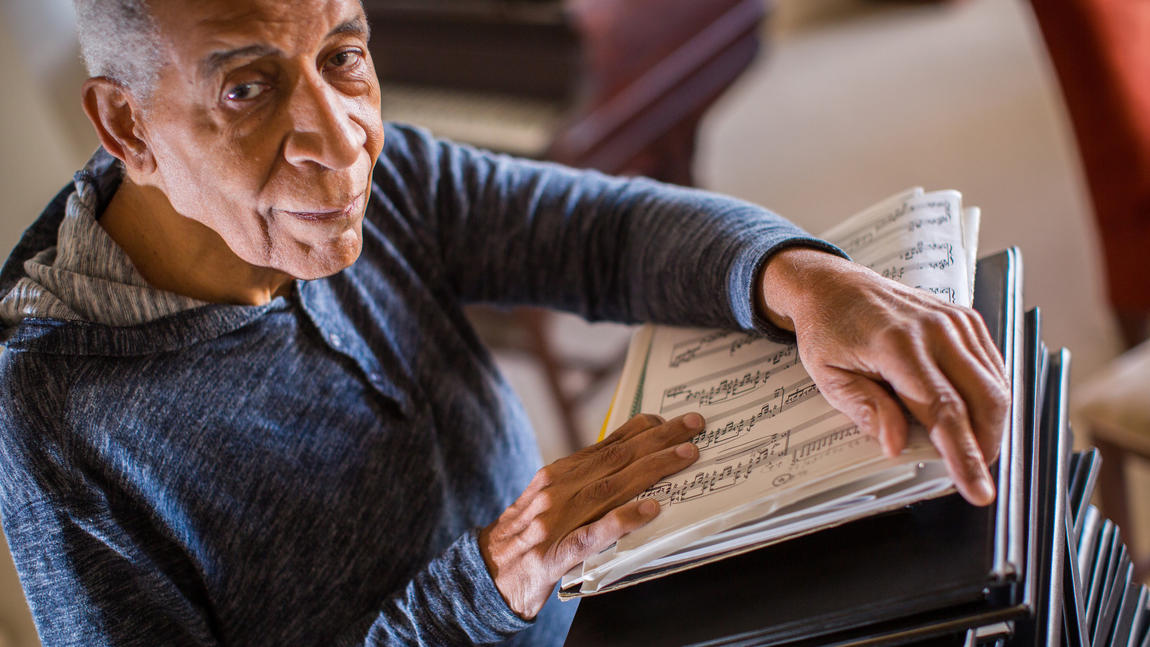 In its 24th year, the United Nations Association Film Festival returns to Bay Area screens to offer up another enriching lineup that spotlights human-rights issues that span the globe.

This year’s theme — “Moving Forward ” — couldn’t be more apropos given the festival returns to in-person screenings after streaming last year. But audiences need to be prepared: UNAFF requires everyone to be fully vaccinated or tested to attend, with masks worn at all times.

This year’s offerings cover a range of topics — from the turmoil in Afghanistan to others taking place on our home turf. The 60-film program will screen in multiple locations around Palo Alto, including at Stanford University. There will be one night of screenings in San Francisco at the Roxie Theater.

The festival runs from Thursday to Oct. 31, and features four world premieres (“A Community Under Fire,” “A Fistful of Rubbish,” “Grounded” and “Strike With the Beat”) along with 20 national ones. Of the titles, 64% are directed by female filmmakers with 60% coming from filmmakers of color.

The annual compilation of short and long films kicks off with a Bay Area favorite — “Barbara Lee: Speaking Truth to Power,” Oakland documentary maker Abby Ginzberg’s scintillating portrait of hardworking, principled Democratic Rep. Barbara Lee of Oakland, a politician who stood by her convictions when no one else would. That film, along with the harrowing Oscar-nominated short “Hunger Ward” and the topical hourlong “Ghosts of Afghanistan,” will be shown at Palo Alto’s Mitchell Park Community Center, 3700 Middlefield Road. Palo Alto Mayor Tom DuBois is slated to provide opening remarks.

Lee is also being honored for her years of civic service and is receiving the UNAFF Visionary Award, along with singer-songwriter and activist Harry Belafonte.

The program is divided into sessions. Here are a few titles to put on your must-watch list.

Not all films, in particular documentaries, should make you feel happy. The great ones often inform, rattle and provoke thought, even inspire us to get active to help right a serious wrong. Oregon filmmaker Skye Fitzgerald’s Oscar-nominated short “Hunger Ward” does that and more. The harrowing experience finds Fitzgerald and his crew taking us into two “hunger wards” where health care workers try to save Yemeni children, innocents in a war. The children are facing death by starvation. “Hunger Ward” is indeed a stark, devastating film, but it also asks us not to remain casual bystanders to yet another global tragedy. (6:30 p.m. Thursday, Mitchell Park Community Center)

Ideal to watch after the unshakeable “Hunger Ward” is Gordon Quinn and Leslie Simmer’s uplifting “For the Left Hand.” The duo focus on the inspiring life of Chicago pianist/teacher Norman Malone, whose mentally unstable father attacked him with a hammer when he was 10. That attack left Malone paralyzed on his right side, but it didn’t stop him from pursuing a childhood dream of playing the piano and teaching others to do it. His students and coworkers attest in “Left Hand” that Malone demanded a lot, but that approach worked. “For the Left Hand” celebrates overcoming adversity no matter the obstacles thrown in your way. You’ll be happy to meet Malone, who became a celebrity after a newspaper article came out. (6 p.m. Saturday, Mitchell Park Community Center, along with “Resurrection! Airto Moreira & the Preservation Hall Jazz Band” at 5:30 p.m.)

Already popular on the Bay Area film festival circuit and beyond — for good reason — Thomas Verrette’s “Zero Gravity” orbits the Campbell Middle School’s Zero Robotics after-school program and the South Bay students who participate in it. Verrette and crew tag along with teacher Tanner Marcoida and students Adrien Engelder, Advik Gonugunta and Carol Gonzalez, peering both into their home lives and their pursuit to team up to perfect the winning coding program for satellites. (1 p.m. Sunday, free, Mitchell Park Community Center)

If you’re a music lover, you won’t want to miss “Los Hermanos/The Brothers,” Marcia Jamel and Ken Schneider’s lovely portrait of two siblings — Aldo López-Gavilán living in Cuba and Ilmar Gavilán living in America — and their poignant collaboration on the stage and in recording studios. The brothers do indeed make sweet music together, and Jamel and Schneider have also made a sweetheart of a documentary. (7 p.m. Oct. 27, the Roxie)

One of the most intriguing features in this mix brings to light the story of Oleg Vidov, the Russian-born actor who led a breathtaking, thriller-like life. He achieved fame and acclaim in his 20s, but he also caught the interest of higher-ups in Russia and not in the best way. He defected to the West after receiving death threats, but his story grows even more interesting as he ventures into Hollywood. “Oleg” is based on the late Vidov’s upcoming autobiography. Whether on the screen or on the page, Vidov’s story fascinates. (7:40 p.m. Saturday, Mitchell Park Community Center. It will be followed at 9:30 p.m. with “United States vs. Reality Winner”)

And should you have missed “The Seed” when it screened in September as part of the San Francisco Independent Short Film Festival, here’s another chance to see the powerful, moving 18-minute doc. It takes an intimate look into how San Francisco florist Guy Clark found himself being outpriced in a city that once embraced residents who weren’t pulling down six-figure salaries. Hélène Goupil’s documentary might be short, but it tells a big story, one that affects so many and resonates not just in the Bay Area but also in major metropolitan areas around the United States. (1 p.m. Oct. 31, Mitchell Park Community Center; “In Case of Emergency” screens at 1:40 p.m.)