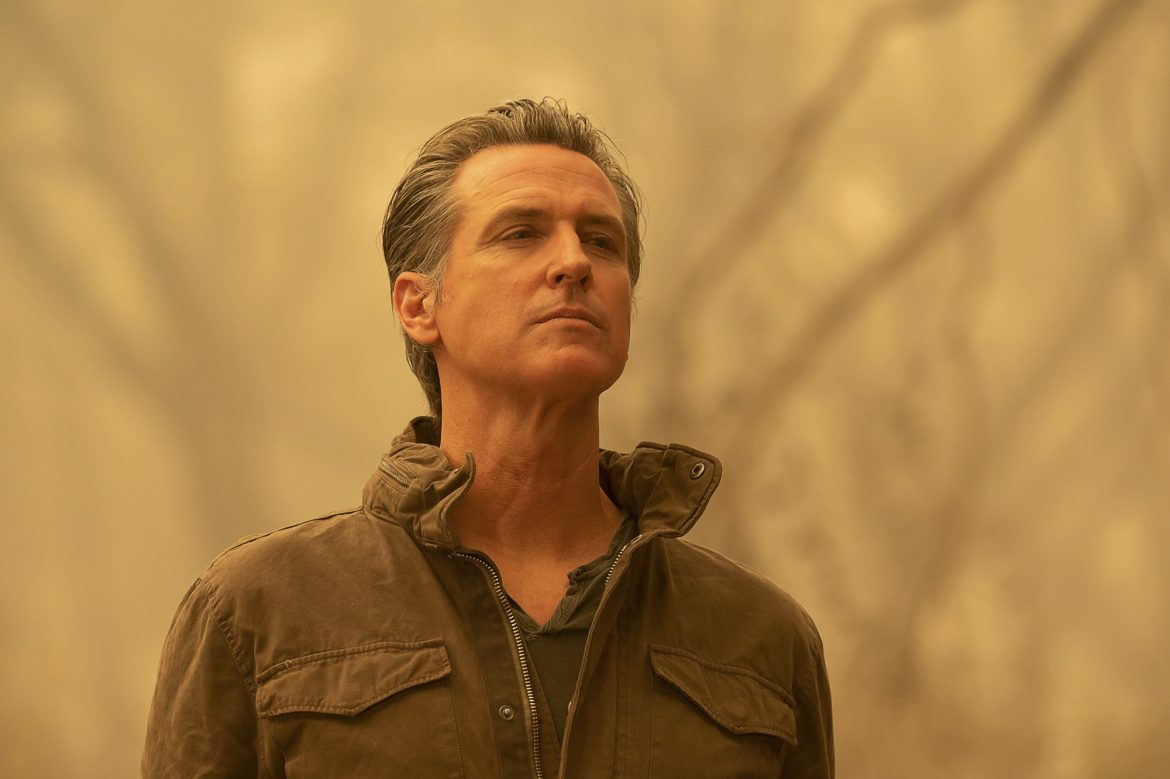 Gov. Gavin Newsom talks to media after touring the North Complex Fire zone in Butte County on Sep 11, 2020 outside of Oroville. Newsom has declared a statewide emergency due to the widespread fires and extreme weather conditions, and secured a Presidential Major Disaster Declaration to bolster the state’s emergency response to the Northern California wildfires. Paul Kitagaki Jr./The Sacramento Bee, Pool

The timing suggests the governor may be trying to avoid unpopular mandates before the Sept. 14 recall election — but California’s devastating drought and ever-expanding fire season have their own schedules.

Around 51,000 Californians could wake up this morning without power — a scenario Newsom undoubtedly would like to avoid as recall ballots hit voters’ mailboxes. Still, PG&E’s decision to start preemptively cutting power as humidity plummets and fierce winds buffet Northern California could help Newsom avoid an even worse situation — another massive wildfire igniting.

The governor already has plenty of crises on his hands: On Tuesday, he declared a state of emergency in El Dorado County in response to the Caldor Fire, which has surged past 30,000 acres. The blaze, which was 0% contained, has seriously injured at least two residents, who were airlifted to hospitals. It also forced thousands of evacuations and destroyed an elementary school, a church, a post office and numerous other buildings, the Sacramento Bee reports.

The images — a burned playground structure is all that remains of the elementary school — evoke the destruction of Greenville, a town leveled by the monstrous Dixie Fire. Already the second-largest blaze in state history, the Dixie Fire continues to grow, surpassing 600,000 acres Monday night. With much of the Bay Area under a red flag warning through Wednesday due to high winds, PG&E expanded its projected blackouts from 39,000 customers in 16 counties to 51,000 customers in 18 counties.

Despite the raging fires, state lawmakers canceled an oversight hearing today into wildfire prevention — and apparently have no plans to reschedule it before the legislative session ends on Sept. 10, according to Courthouse News reporter Nick Cahill. The hearing was scheduled after a blockbuster CapRadio report found Newsom overstated by 690% the amount of land treated with fuel breaks and prescribed burns to prevent wildfires from harming California’s most vulnerable communities.