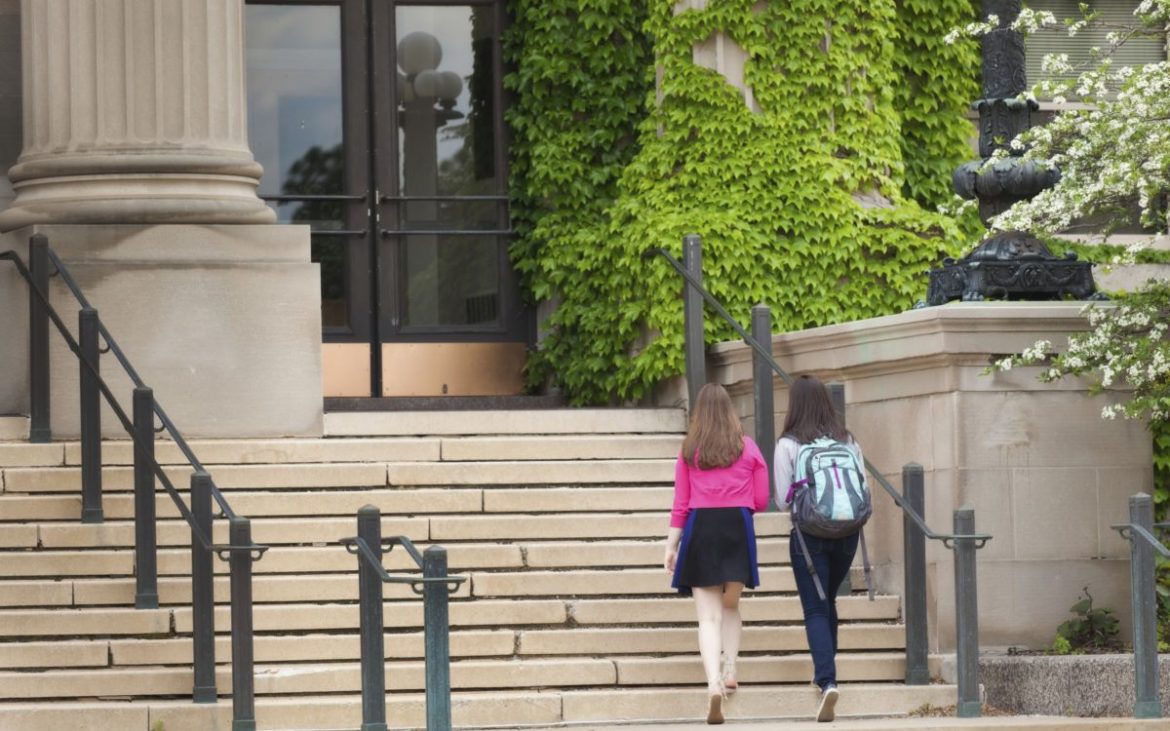 Eating disorders can affect anyone, but are most common among adolescent girls and young women. (YIN YANG/ISTOCK)

Since the pandemic began, isolation, anxiety and hours upon hours of screen time have led to a surge in eating disorders among adolescents — at the same time that health education has been cut back in classrooms.

According to the National Eating Disorders Association, calls to their hotline have increased 40% since March 2020. At UCSF Benioff Children’s Hospitals, hospitalizations for eating disorders have doubled.

And a study released last week by researchers at UC San Francisco shows that the more time students spend on social media or watching TV, the more likely they are to engage in uncontrolled eating, or bingeing.

“The causes are different for everyone, but we’ve definitely seen a rise since the pandemic started,” said Dr. Jason Nagata, an author of the study and an assistant professor of pediatrics at UC San Francisco. “It’s alarming because eating disorders can be life-threatening.”

Eating disorders include anorexia, bulimia, binge eating, excessive exercise and other extreme measures related to diet. Although they can affect anyone, they’re most common among adolescent girls and young women, who are more likely to be preoccupied with their physical appearance and susceptible to social pressure to be thin.

Many fully recover, but some suffer long-term health consequences even after they resume healthy eating habits.

Eating disorders have been relatively common in high schools for decades, but the Covid-19 pandemic has exacerbated the conditions that sometimes lead to unhealthy eating, Nagata said. In addition to experiencing isolation and anxiety, students are on camera for hours every day in online classes, posting more on social media, and their regular routines have been disrupted, he said.

Like many adults, some have gained weight being home all day. And students who stayed active through sports or other activities have seen those canceled, potentially leading to further weight gain and isolation.

Some students’ eating disorders may predate the pandemic, but parents might not have noticed until they were home all day together, Nagata said.

California’s K-12 health curriculum standards include lessons on eating disorders as part of middle and high school lessons on mental health and nutrition. But the standards are not mandatory, which means how — and if — students learn the subject varies by district. Some schools have full-time credentialed health teachers who cover the subject in a designated class, but other schools assign science or physical education teachers to cover the subject as part of their other duties. Some districts contract with local nonprofits to provide health education and some require at least one semester of health education to graduate, though most do not.

But even schools that have robust health education programs have been forced to cut back “drastically” during distance learning due to time constraints, said Diane Farthing, a health teacher in Pleasanton Unified who was named the 2019 California Health Teacher of the Year.

Before the pandemic, Farthing taught a one-semester course in health that’s required for all students. When she covered eating disorders, she focused on how students could get help, assist a friend who might be suffering, and how to find reliable information online. She taught students how a healthy diet and exercise are important for teenage brain development. And she encouraged students to talk to the school counselor if needed, and made herself available for students who wanted to talk privately.

But since campuses closed, it’s been challenging, she said. Her time with students is reduced, and she struggles to connect with them virtually.

“It’s hard to know what’s going on with a student when all you see is a 2-inch-by-2-inch square on a screen. And that’s if they have their camera on,” she said, referring to her experience teaching online. “It’s frustrating (trying to determine if a student needs help) because we have no idea who these students are.”

Carolyn Comas, a licensed clinical social worker in Los Angeles who specializes in eating disorders, said she’s been alarmed by the sudden uptick in calls to her practice. Her clinic now has a waiting list.

“Within a week of the pandemic we started hearing people talk about the ‘quarantine 15,’” Comas said. “It’s scary because these messages are so powerful and could lead to deadly patterns for young people.”

It didn’t help, she said, when people started wiping out grocery shelves and stockpiling food at home.

She’s seen patients as young as 9 or 10 who are obsessed with their body appearance, and adolescents who exercise seven hours a day. Some people with eating disorders “literally spend 90 to 100 percent of their time thinking about food and their body,” she said.

Treatment varies with each patient, but can consist of residential programs, individual therapy and family therapy, aimed at addressing the underlying issues. Comas encourages her patients to avoid diets, instead eating when they’re hungry, eating what they’re craving, and exercising because it’s fun and relieves stress, not as a way to “earn” food, she said.

“Treatment can be complicated, but I find that once patients start eating in a healthier way, they feel better,” she said. “My advice to parents is: Our lives are very different right now. Maybe we’re going to eat differently too. Make sure your kids understand that.”

The Body Positive, a nonprofit based in Berkeley, trains teachers and students on eating disorders at schools and colleges around the world, including dozens of schools in California. The curriculum promotes the idea that healthy bodies can be all shapes and sizes.

Improving students’ attitudes about their appearance can have a long-term impact on their success in school, relationships and careers, said the group’s Executive Director Connie Sobczak, who founded the organization 20 years ago after her sister died of an eating disorder.

“If we want students to thrive and be able to focus on their education, they need to overcome the shame or anxiety they might feel about their bodies,” she said. “The obsession with being perfect, thinking there’s something wrong with them if they don’t look a certain way, is such a distraction. … Seeing them come out of that, it’s just magical.”

Here are some resources on eating disorders: