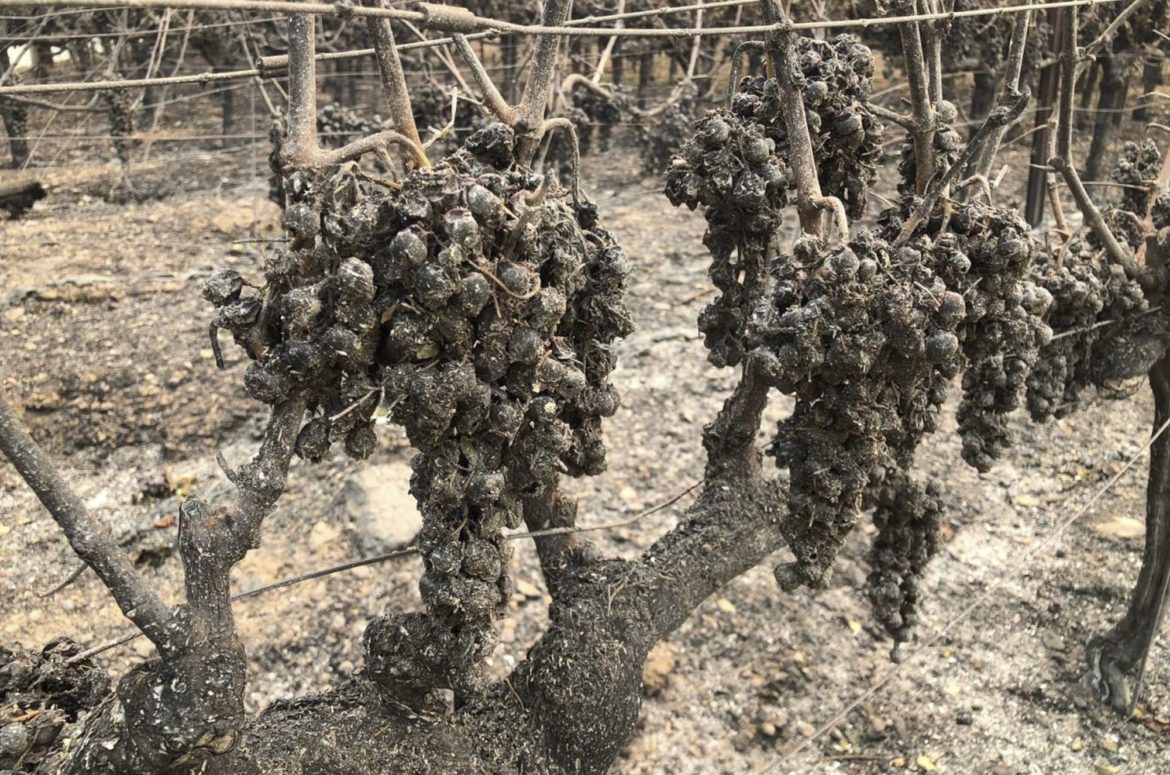 Following a weekend of high temperatures and dry winds that blasted through parts of Northern California at more than 50 miles per hour, record-breaking blazes intensified and new fires ignited — including the Glass Fire in Sonoma and Napa counties and the Zogg Fire in Shasta County. Both 0% contained, the new fires ripped through wineries and homes, forcing more than 68,000 evacuations and prompting Gov. Gavin Newsom to declare a state of emergency Monday night. At least three people have lost their lives in the Zogg Fire. Meanwhile, 87,500 PG&E customers lost power through at least Monday night.

For Wine Country residents, the conflagrations and evacuations reprise the nightmarish 2017 Tubbs and Nuns fires that destroyed thousands of homes and killed dozens of people. Apart from the Glass Fire, the region is still contending with the LNU Lightning Complex, the fourth-largest wildfire in California history. And the fires could taint flavors in the region’s famed grapes, presenting yet another challenge for a wine industry struggling amid the pandemic.

If there was any doubt about how the Trump administration would react to Newsom’s decision to ban new gas-powered cars in California starting in 2035, it was dispelled Monday with a scathing letter from the federal Environmental Protection Agency. Administrator Andrew Wheeler said Newsom’s ban is “mostly aspirational” and raises “significant questions of legality,” reminding the governor that it would need to be approved by the federal government in order to take effect. (Approval doesn’t seem likely.) He also slammed Newsom for the state’s first rolling blackouts in nearly two decades.

With now just two days left to sign or veto some of the most high-profile and controversial bills of the legislative session, Newsom showed his cards on a number of proposals Monday. Here’s a look at some of the key proposals he signed into law, as well as those he vetoed.

As Republican President Donald Trump and Democratic presidential candidate Joe Biden gear up for their first debate tonight, 82% of California voters are worried that many Americans won’t respect the outcome of the election, according to a Monday poll from UC Berkeley’s Institute of Governmental Studies.

About 41% of California voters are also concerned about the U.S. Postal Service’s ability to deliver mail-in ballots on time, likely due to recent operational changes that led to postal delays and reduced mail capacity. But a federal judge on Monday issued a preliminary injunction to halt those changes following an August lawsuit from California Attorney General Xavier Becerra and other attorneys general.