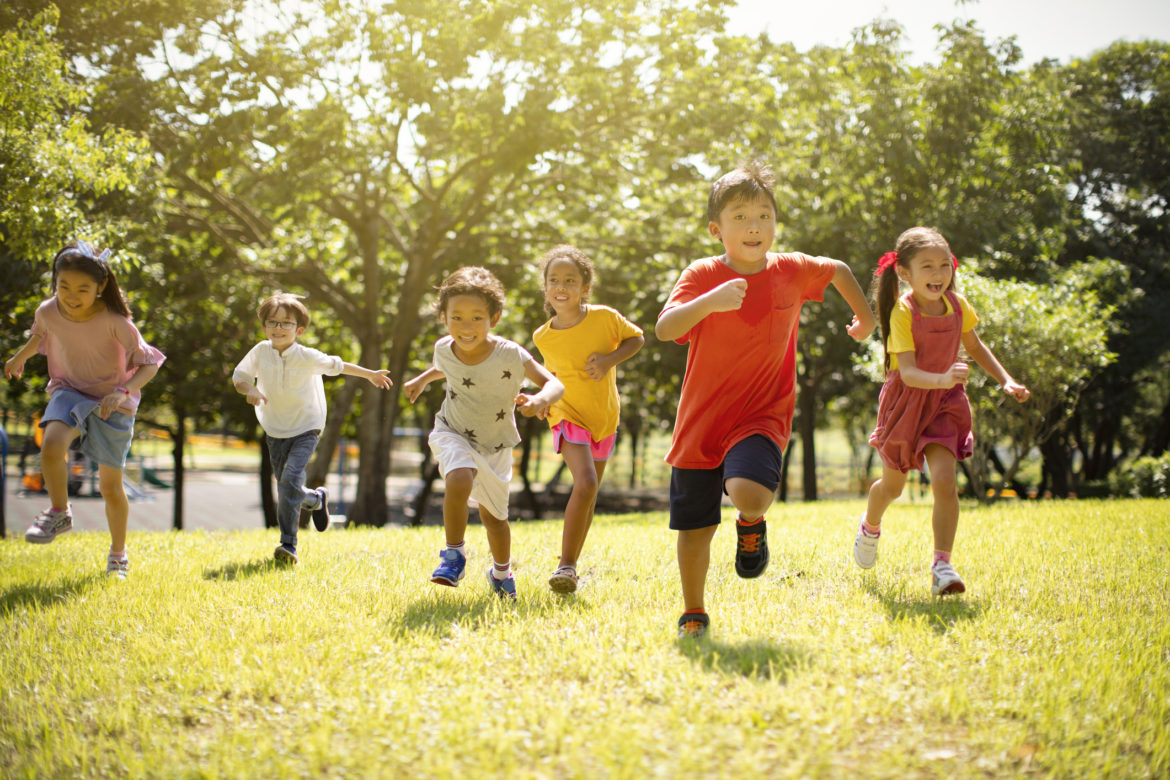 California is home to more than 9 million children, many of them hungry, poor and struggling to access health care and quality education.

Child advocates were hoping for change with Gov. Gavin Newsom and his attention to early childhood development and education, plans for universal preschool and desire to give extra funding for children’s programs.

But that was before the COVID-19 pandemic raised the stakes for children, eliminating many of their parents’ jobs and moving school online. That was before extreme heat and record-breaking wildfires ravaged the state and drove many families from their homes.

Now Newsom’s plans are on hold indefinitely as the state faces deep financial woes. The state ranks 35th in overall child well-being, which includes education, economic security and health, according to a review in 2019 by the Casey Foundation.

Already, the pandemic has illuminated many disparities among California children—from wi-fi connectivity to having parents available to help with online learning during the day. Some of the state’s most vulnerable kids have seen their parents and grandparents get sick and die from the infection, especially in Black and Latino communities.

“California prides itself on being a progressive state, a model for other states,” said Ted Lempert, president of the nonprofit advocacy group Children Now. “And when it comes to kids, it’s just not.”

Who are they — and why are there fewer of them?

The number of children in California has been decreasing for more than a decade and is expected to continue to drop, reflecting a national trend. The cause: declining birth rates among women and less immigration.

Today some 9 million children live in California, down significantly from the 9.6 million the state had just 15 years ago. And in the next 15 years, the number of Californians under 18 is estimated to further drop to 8.3 million, according to KidsData.

The decline is expected to have long-term impacts on California’s economy, since this smaller younger generation will be expected to work and pay taxes to support a ballooning population of seniors.

While dwindling in size, children under 18 are the most diverse age group in California and will continue to be so.

In California, nearly half of all children live in low-income households— and the younger they are, the more likely that is true. Those who live in households with the highest median incomes usually live with married parents.

Even among those with similar households, the difference in family income is vast, depending on where they live.

In Marin County, for instance, a household with married parents and minor children earns four times what a family in Modoc County earns. Among single mothers, Marin also has the highest median income compared to Merced County where single moms earn the least.

Leading the nation in child poverty

California is the nation’s richest state. It also has this dubious distinction: the nation’s highest rate of child poverty.

Across the state, child poverty rates vary widely based on the region and a child’s family circumstances. Children who are Latino, have immigrant parents or are being raised by single parents are most likely to be living in poverty, according to the Public Policy Institute of California.

Child poverty was a big focus of Gov. Gavin Newsom’s proposed budget earlier in the year before the pandemic. But most of those plans that totaled some $500 million were shelved when the state faced a shortened legislative session and a slimmer budget than anticipated because of the pandemic.

A bill aimed at reducing child poverty by half by 2039 also died in the Legislature this year. The proposal, from Central Valley Democratic Sen. Anna Caballero, was left behind when officials streamlined the number of bills they would hear during a truncated session. A 2018 state report recommended that increasing affordable housing and expanding the Medi-Cal health program to more children could help ease poverty among kids.

A little help from California

A significant number of California’s children rely on state support programs for food, health care and cash for rent and other costs of living.

The state’s Medi-Cal health program serves as a safety net for more than a third of California’s low-income kids, including those who are undocumented immigrants.

Medi-Cal, known as Medicaid nationally, provides free or affordable health care coverage to qualifying families and individuals based on income. To be eligible, a child must receive other aid such as CalFresh (California’s food stamps program) or be in a household that earns 138% below the federal poverty level. A family of four would qualify for Medi-Cal with an annual income of below $36,156.

Cash and food stamp programs round out the trifecta of social services that many California families rely on to take care of their children. Eligibility for both is based on income.

The vast majority of California children, more than 95%, live with at least one parent— and most of those have both parents present.

Family environment strongly influences a child’s well-being, and experts often measure it by the presence of caring adults as well as family relationships, housing and financial stability, according to KidsData. Financial stability and family structure often go hand-in-hand as married parents are more likely to have higher incomes, while single or unmarried parents may have more financial stress that could affect a child’s home environment.

What about foster care?

California’s foster care system has undergone big changes in recent years to try to improve outcomes for kids in the state’s care.

The most transformative — and most challenging — has been a 2015 reform effort to reduce the number of group homes  to ensure that all kids go to home-based family care. The reforms are also intended to lessen the time kids spend in foster care and hasten either family reunification or adoption.

Preschool in California is not free for all and it’s not required.

But for those who do attend, there are both public or private options— basically, free and subsidized, or pay out-of-pocket programs.

Among the public options, California has three funded programs mostly for low-income families: the state preschool program, Head Start and transitional kindergarten. But these programs are not able to serve all the kids who qualify.

California public and charter schools educate the vast majority of children, though at least half a million kids attend private schools.

Enrollment in private schools has been declining steadily for the last two decades. According to the California Department of Education, that figure has dropped from nearly 650,000 in 2000-2001 to 470,000 last school year, more than a 25% decrease.

Private schools have faced a series of pressures, including competition from charter schools,  decreased religious affiliation among Californians, recessions and brand new suburban schools with attractive amenities, according to American School & University, a publication for education officials focused on the management of education facilities.

Because of these trends, private schools have become more segregated by income, especially as middle-income families find public options to avoid paying tuition. The loss of those middle-income students has primarily affected religious schools, which have seen their student populations wither over the last few decades, according to a 2018 study by Harvard and Stanford researchers.

A new threat: Kids do get COVID-19, especially Latinos

It turns out children can and do get coronavirus.

Kids account for 10% of all COVID-19 infections in California—including three minors who have died.

Among children who have been infected, Latino children have the highest rates. The figures mirror the high numbers among Latino adults, who have the state’s highest infection rate of those 18 and over. Experts say many are essential workers or are living in tight quarters with other family members, where it is hard to isolate if someone gets sick.

As the number of cases among kids has risen — in July, children made up  8% of the cases — so has concern that a serious multi-inflammatory syndrome found in children has been traced to coronavirus.  Kids are coming down with fever, rash, abdominal pain and inflammation that could, if not treated quickly, damage their heart and major organs. So far, 80 cases have been reported  in the state, according to the Department of Public Health.

Little information has been released about the three minors who have died. Of the three, two were teenagers, one in the Central Valley and one in Orange County. The age and county of the third is unknown. According to state health department statistics, two of the youth who died were Latino and one was Asian.

CalMatters coverage of early childhood issues is supported by grants from First 5 Los Angeles and The Ralph M. Parsons Foundation.