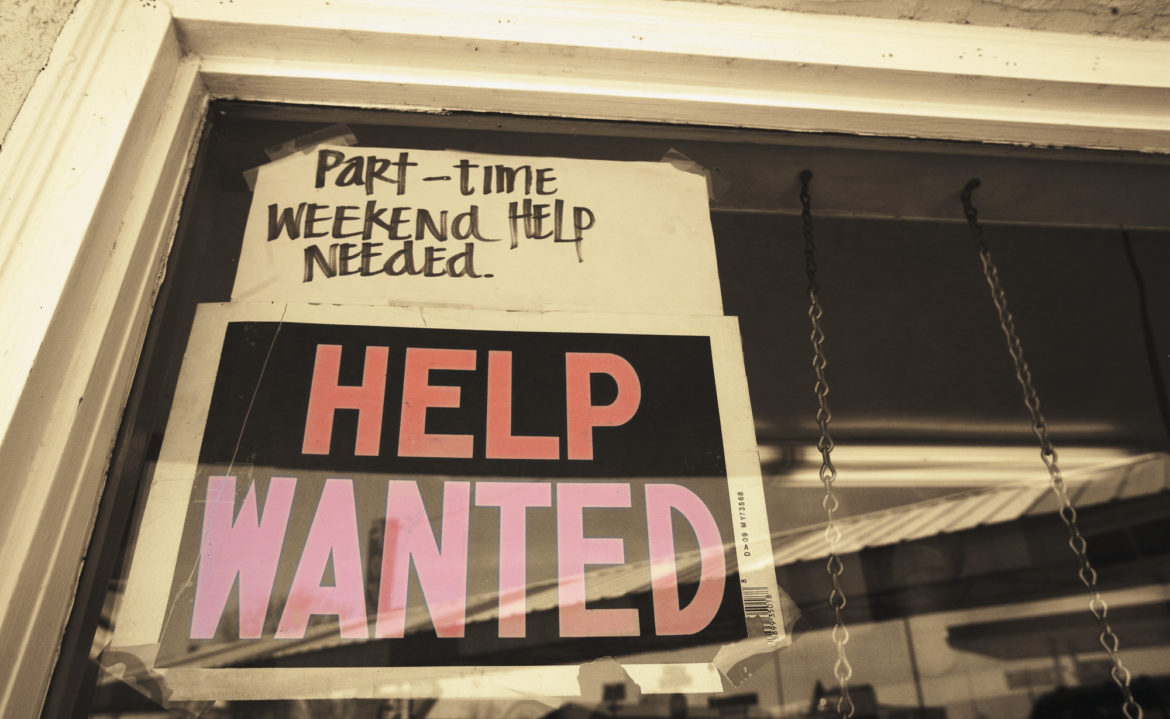 As unemployment drops, business leaders and educators pinpoint what’s gone wrong for workers and where to look for opportunity.

It’s just one facet of California’s economic recovery, but the state’s unemployment rate is starting to drop after an unprecedented spike during coronavirus lockdowns.

The state’s jobless rate fell to 11.4% in August, the Bureau of Labor Statistics reported today, down from a record 16.4% unemployment this spring. The unemployment rate has dipped below the rate of the Great Recession a decade ago but remains more than twice the 3.9% rate in February.

The unemployment data is good news for California workers who have had to make do — picking up side gigs, liquidating retirement accounts, skipping rent or meals —  without new economic stimulus measures from the state or federal government. Yet more than 2.5 million people remain out of work in the nation’s most expensive state.

A turbulent job market also raises bigger questions about the future of work in the state. Beyond monthly employment ups and downs, how many workers are still being shut out of increasingly tech-centric high-paying jobs? And do the maze of state, local and educational programs focused on workforce development actually stand a chance in such a chaotic environment?

“This is an opportunity for the state to really grapple with, ‘What will work look like in California?’” said Soraya Coley, president of California State Polytechnic University, Pomona, during a CalMatters and Milken Institute virtual event today.

Here are five of the biggest takeaways for tomorrow’s job market:

In many parts of California, Northrop Grumman is hiring: 500 engineers and trade workers in Palmdale, 800 engineering roles in Redondo Beach and 100 people each in San Diego and Sunnyvale. “It’s a robust job market right now,” he said, despite the bleak overall economy.

For Snay, the challenge is ensuring that across California, the path forward is a “high-road recovery,” or one where scarcity doesn’t overshadow factors like job quality, equity, living wages and safety.

“We want to address the inequity and the gaps that existed before the crisis,” Snay said.

In recent years, labor productivity has soared more in California than any other state. But inequality has also spiked, illustrating how income isn’t rising with employer gains. It’s a mismatch that has heightened concern that automation is about to make things a lot worse.

While it is wise to keep an eye on automation, Kim said the real question is how soon jobs will be impacted and the degree to which technology could displace workers.

Don’t fear the robots — yet

But the need now is to collect more real-world data from employers on its impacts in different sectors, and to analyze those findings by region and type of job.

“Are we talking about 25% of that job? 100% of that job?” Kim said. “We want to upskill our Californians before they are displaced.”

In a job market increasingly polarized between high and low-paying work, how important is a four-year degree? Very, the panelists agreed, but there are companies establishing more partnerships with community colleges, particularly for technical support or operations roles.

Longer term, the question is how looming budget cuts could affect those efforts, and whether students will be able to find upward mobility in the job market, since Coley said today’s grads will change jobs an average of 17 times across five sectors by the time they retire.

As of this fall, the pandemic has already cost the University of California system nearly $2.2 billion (and counting) in lost revenues and new expenses — a number that has ballooned almost $400 million since July. Next year’s state budget will provide $300 million less next year for the UC system after cuts to address part of a sudden $54 billion deficit. And that could be just the beginning if housing woes continue and schools are forced to cut jobs.

Thinking outside the pipeline

While college is still king for earning power in many industries, Snay said her agency is among those focused on forging other kinds of career “bridges” and “on-ramps,” including apprenticeships in fields like cybersecurity, health care and food safety.

Also not to be overlooked, Kim said, are small- and mid-sized businesses. In Los Angeles County, for instance, more than 90% of employers are small businesses, she said, and “we can’t take the paradigms that work for our industrial and manufacturing economy.”

For many economists, variables like high veteran homelessness, a “silver tsunami” of baby boomer retirements and California’s profound lack of affordable housing would be big negatives for the state’s labor market. But there are efforts afoot to reinforce weak spots with new job initiatives.

Northrup Grumman is experimenting with a job transfer program for veterans coming out of the military, who often already have the high security clearances that defense contractors need.

In government, Snay said many positions are poised to open in public transportation, building affordable housing and retrofitting hotels for homeless housing, which could benefit both younger workers and people who were formerly homeless themselves.

“There are many opportunities at the state level and, more importantly, at the local level,” she said.

Housing, for one, was a welcome suggestion: “Yes,” Kim responded. “Please build.”