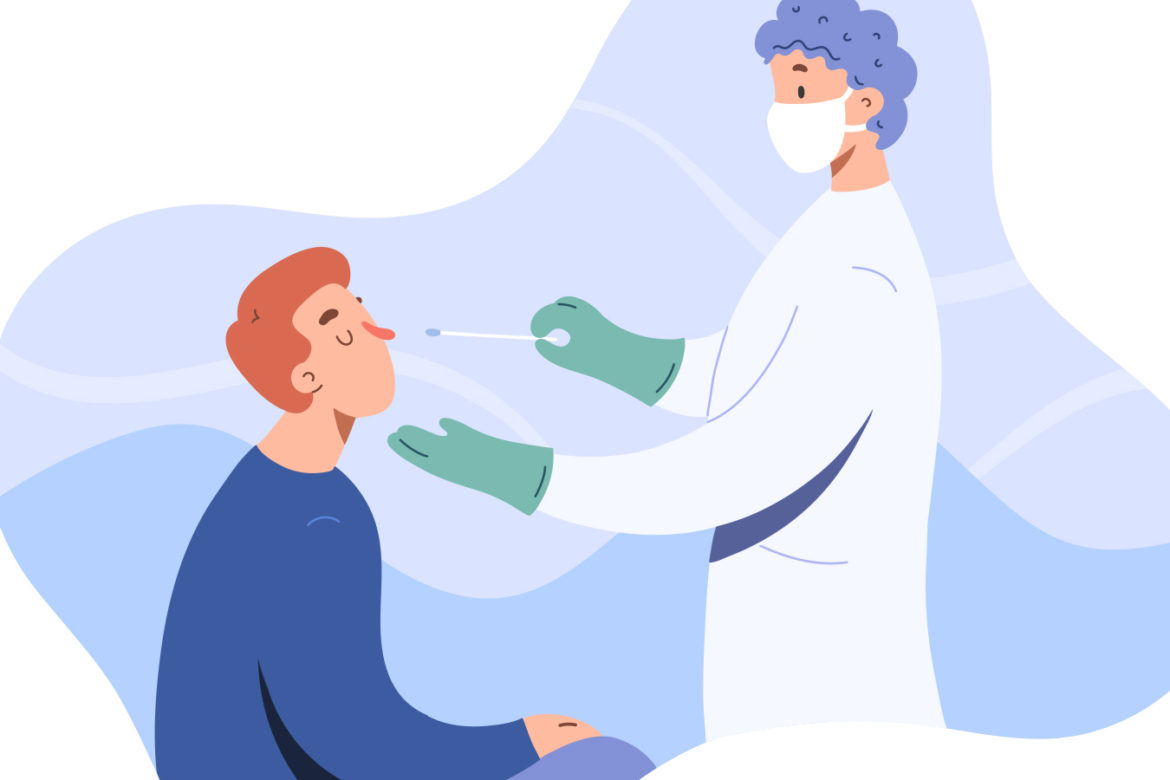 More than 20 states either don’t release or have incomplete data on the rapid antigen tests now considered key to containing the coronavirus, which has sickened more than 6 million Americans. The lapses leave officials and the public in the dark about the true scope of the pandemic as untold numbers of cases go uncounted.

The gap will only widen as tens of millions of antigen tests sweep the country. Federal officials are prioritizing the tests to quickly detect COVID-19’s spread over slower, but more accurate, PCR tests.

Relying on patchy data on COVID testing carries enormous consequences as officials decide whether to reopen schools and businesses: Go back to normal too quickly and risk even greater outbreaks of disease. Keep people at home too long and risk an even greater economic crisis.

“The absence of information is a very dangerous thing,” said Janet Hamilton, executive director of the Council for State and Territorial Epidemiologists, which represents public health officials. “We will be blind to the pandemic. It will be happening around us and we will have no data.”

So far, most of the COVID tests given in the U.S. have been PCR tests, which are processed in medical labs and can take days to return results. By contrast, antigen tests offer results in minutes outside of labs, appealing to everyone from medical clinics to sports teams and universities.

Each relies on swabs to test patients. But unlike using tests run through labs, many providers who would use antigen tests don’t have an easy way to send data electronically to public health authorities.

Since July, though, the federal government has pushed roughly 5 million antigen tests into nearly 14,000 nursing homes to contain outbreaks among staff members and residents. The Department of Health and Human Services also awarded a $760 million contract to buy 150 million rapid antigen tests from Abbott, the Illinois-based diagnostics behemoth. It plans to send 750,000 of those to nursing homes starting this week, Brett Giroir, the HHS official heading the Trump administration’s testing efforts, told industry executives on Sept. 8. Federal officials have not elaborated on how many tests will be sent elsewhere but have suggested many will go to governors to distribute as schools reopen.

The rush of antigen tests, however, won’t be particularly useful to officials if the results are not publicly and uniformly reported.

KHN surveyed 50 states and the District of Columbia on their collection of antigen test results and what is reported publicly. Forty-eight responded between Sept. 3 and 10, revealing significant variation over whether people who test positive for COVID-19 with an antigen test are counted as cases and whether states even publicly report antigen data in their testing numbers:

Consequently, many state counts of infected people could be artificially low. For instance, the lack of reporting could imply infection rates are declining because the virus isn’t spreading as widely — when really more antigen tests are being used and not counted, public health officials and experts say.

“It’s going to look like your cases are coming down when they’re not,” said Jeffrey Morris, a biostatistics professor at the University of Pennsylvania.

HHS recognizes that antigen tests are underreported but maintained that officials are not missing the full scale of the pandemic, an agency spokesperson said.

Part of the problem on antigen test reporting stems from what counts as a COVID case. Guidance from the Centers for Disease Control and Prevention defines a “confirmed” COVID case as one that is determined from a PCR test. Positive results from antigen tests are considered “probable” cases because the tests can be less accurate.

Months after the first COVID antigen test received emergency authorization from the Food and Drug Administration, the CDC revised its COVID case definition in early August to allow a positive antigen test to count as a probable case without assessing whether a person had clinical symptoms or was in close contact with a confirmed infected person.

That prompted many states — including Arkansas, starting Sept. 2 — to adjust how they report cases.

“It’s easy for people to think since we use the word ‘probable’ that maybe it’s a case, maybe it isn’t. But that’s not how we think of it,” said Dr. Jennifer Dillaha, state epidemiologist for the Arkansas Department of Health. “It is a real case in the same way that a PCR is a real case.”

Dr. Karen Landers, an assistant state health officer for the Alabama Department of Public Health, said her biggest concern was the potential undercounting of antigen test results as they continue to grow in popularity. While the state has been trying to work with each urgent care or other medical provider, some struggle to submit the results.

Sara Mendez, the support services manager for the Brazos County Health Department in Texas, said the department saw an increase of antigen tests being administered as Texas A&M University students returned. Even though the state health department was not including positive COVID cases from antigen tests in its public reports, the local health department felt obligated to do so.

“A lot of the college students will just go and get those done as opposed to the PCR tests,” Mendez said, “so we felt like we were missing out.”

Indiana University undertook a massive antigen testing operation for students living on campus in August, administering 14,870 antigen tests across four campuses through drive-thrus, according to Graham McKeen, an assistant university director for public health. The test results were delivered while students waited in cars for about 30 minutes, with 159 coming back positive. Each night, a university staff member would manually download the spreadsheet off each of the test machines and securely email it to the state health department.

But Indiana began reporting antigen testing only on Aug. 24, adding over 16,000 antigen tests into its public dashboard that day and saying in a news release that it plans to retroactively add in earlier antigen testing figures.

McKeen said that, even though the state is now reporting some antigen data, tests are still missed under the cumbersome reporting system. The state said some of the data is being sent by fax.

Heck, the HHS spokesperson, said that federal agencies are working to improve the reporting of results and that problems were likely to be eased in the future, citing that Abbott’s antigen test includes an electronic reader for automated reporting. By October, 48 million of those tests will be in circulation each month, she said.

Still, to date, “what this is exposing is the antiquated systems that public health agencies have had for years,” said Scott Becker, executive director of the Association of Public Health Laboratories. “So much of the data we’ve gotten is incomplete.”

That data barrier is playing out in nursing homes as well.

Victoria Crenshaw is holding off on using antigen tests to screen residents and staff members at Westminster Canterbury on Chesapeake Bay nursing home in Virginia Beach, Virginia. As senior director, she sees one major holdup: No technology platform is in place to easily send results to health officials. Instead, she and colleagues would need to resort to taping pieces of paper together to deliver details of who was tested, and hope local officials would accept it.

The Trump administration is pushing for nursing homes to use the tests for required screenings at least once a month and as often as twice a week. Under new federal regulations, nursing homes that don’t comply with regular testing and reporting requirements are subject to citations or fines.

“We have no technology today to submit this information,” Crenshaw said, “which leaves us in a vulnerable position.”