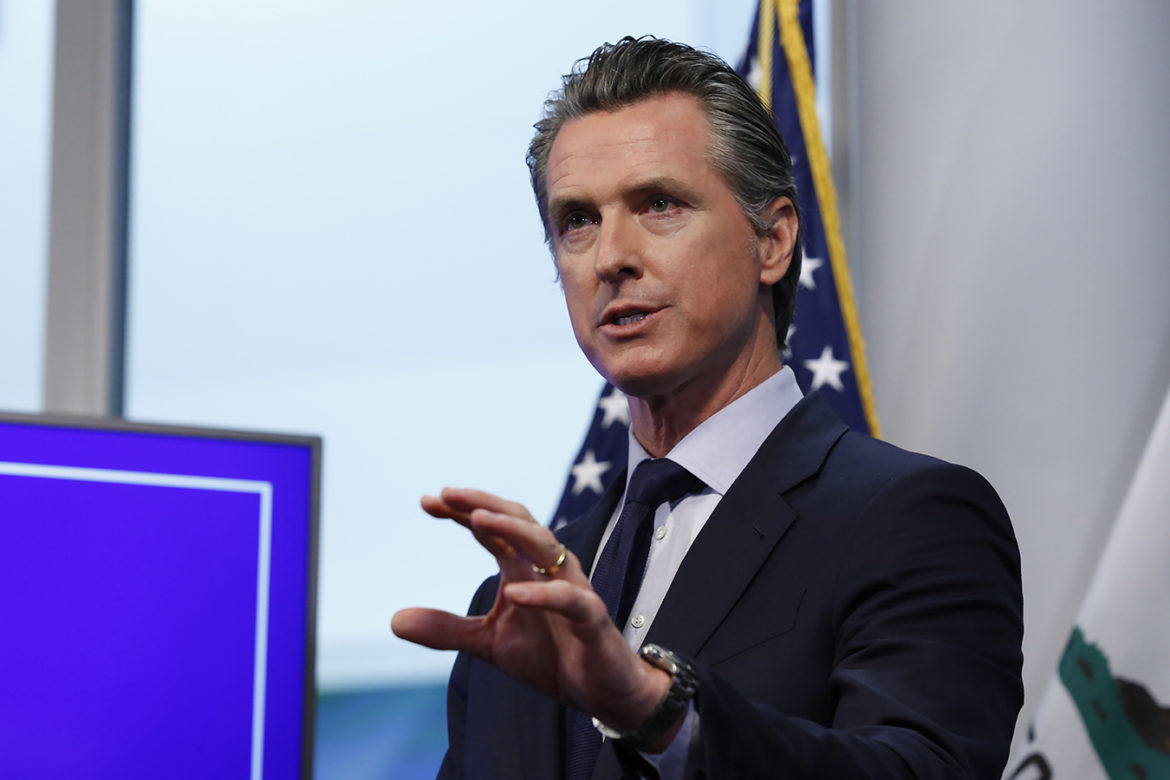 SANTA CRUZ, Calif. — California will allow public health officials to participate in a program to keep their home addresses confidential, a protection previously reserved for victims of violence, abuse and stalking and reproductive health care workers.

The executive order signed by Democratic Gov. Gavin Newsom late Wednesday is a response to threats made to health officers across California during the coronavirus pandemic. More than a dozen public health leaders have left their jobs amid such harassment over their role in mask rules and stay-at-home orders.

“Our public health officers have all too often faced targeted harassment and stalking,” wrote Secretary of State Alex Padilla in a statement. This “program can help provide more peace of mind to the public health officials who have been on the frontlines of California’s COVID-19 response.”

A community college instructor accused of stalking and threatening Santa Clara health officer Sara Cody was arrested in late August. The Santa Clara County sheriff said it believes the suspect, Alan Viarengo, has ties to the “Boogaloo” movement, a right-wing, anti-government group that promotes violence and is associated with multiple killings, including the murders of a federal security officer and a sheriff deputy in the Bay Area. Thousands of rounds of ammunition, 138 firearms and explosive materials were found in his home, the sheriff’s office said.

In May, a member of the public read aloud the home address of former Orange County health officer Nichole Quick at a supervisors’ meeting and called for protesters to go to her home. “You have seen firsthand how people have been forced to exercise their First Amendment. Be wise, and do not force the residents of this county into feeling they have no other choice than to exercise their Second Amendment,” said another attendee. Quick later resigned.

Protesters angry over mask mandates and stay-at-home orders have gone to the homes of health officers in multiple counties, including Orange and Contra Costa.

The executive order would allow health officials to register with the Secretary of State’s Safe at Home program. Those in the program are given an alternative mailing address to use for public records so that their home addresses are not revealed.

Threats of violence have added to the already immense pressure public health officials have experienced since the beginning of the year. Amid chronic underfunding and staffing shortages, they have been working to limit the spread of the coronavirus, while also deflecting political pressure from other officials and anger from the public over business closures and mask mandates.

“California’s local health officers have been working tirelessly since the start of the pandemic, using science to guide policy,” said Kat DeBurgh, the executive director of the Health Officers Association of California. “It is regrettable that this order was necessary — but we are grateful for it nevertheless.”

Nationwide, at least 61 state or local health leaders in 27 states have resigned, retired or been fired since April, according to a review by The Associated Press and KHN, a figure that has doubled since the newsrooms first began tracking the departures in June.

In Placer County, north of Sacramento, health officer Dr. Aimee Sisson resigned effective Sept. 25 after the county Board of Supervisors voted to end its local COVID-19 health emergency. “It is with a heavy heart that I submit this letter of resignation,” she wrote in her resignation letter. “Today’s action by the Placer County Board of Supervisors made it clear that I can no longer effectively serve in my role.”

Organizations across the state have expressed concern over the treatment of health officials during the pandemic, including the California Medical Association.

“Basic science has become politicized in so many parts of our state, and our country,” wrote California Medical Association president Dr. Peter N. Bretan Jr. in a statement after Sisson’s departure. “Public health officers are public servants who seek to do what their job description states — to protect public health.”

The executive order also directs the state to assess impacts of the pandemic on health care providers and health care service plans, and halts evictions for commercial renters through March 31, 2021, among other pandemic-related matters.