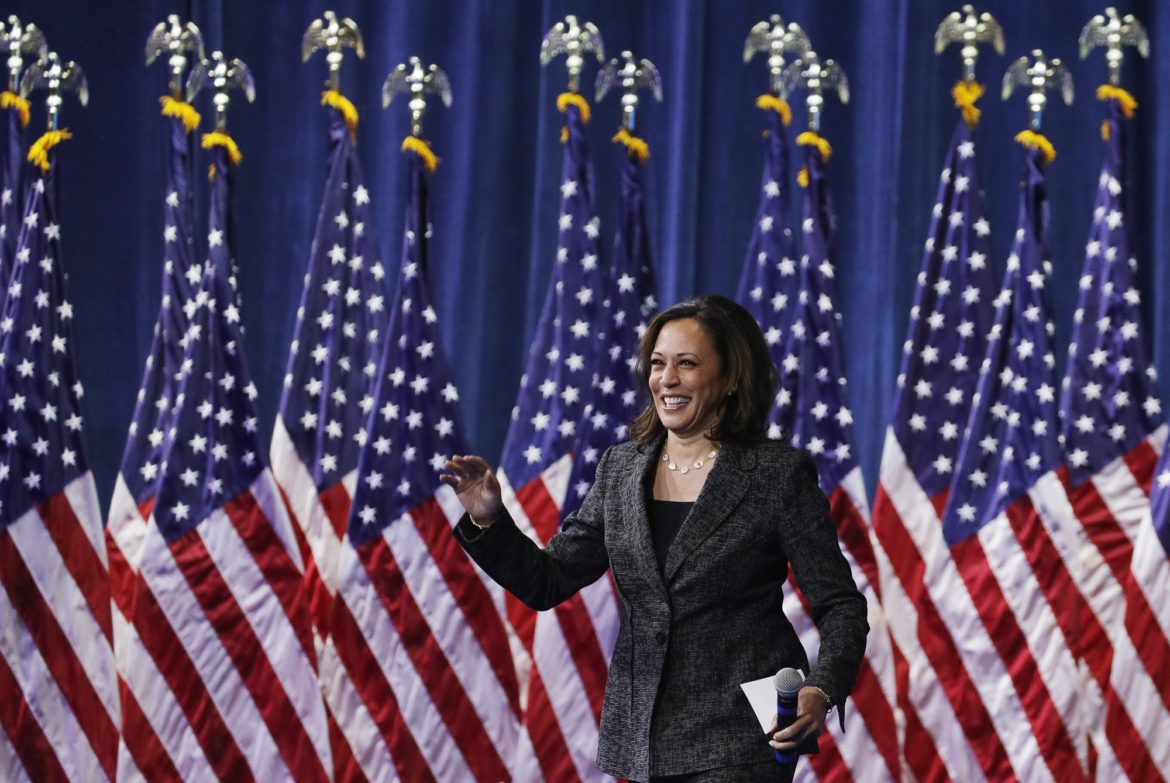 Now that Biden has picked Harris as his running mate, California’s governor could decide who replaces her. Let the lobbying begin.

Joe Biden’s choice of California’s junior senator, Kamala Harris, as his running mate brings to a close the presidential campaign’s most frenetic guessing game. It also opens up a relatively rare thing in the Golden State: the prospect of an open Senate seat.

For career-minded Democrats, that holds the opportunity of a major promotion to the national stage and term-limitless job security, bolstered by the fact that California’s Democratic incumbent U.S. senators have a 28-year track record of winning.

And the one man who could bestow that on them is Democratic Gov. Gavin Newsom. Should a Biden-Harris ticket defeat President Donald Trump and Vice President Mike Pence in November, state law gives the governor the power to fill Harris’ empty seat for the duration of her term, which ends with the 2022 election.

And so, for politicos who enjoyed the spectacle of the veepstakes — the interpersonal drama, the last minute dark horse candidates, the feverish scrutiny by reporters of each possible nominee’s travel schedule — get ready for a fresh round as Newsom considers his options.

The scale of the bustle to come is in part thanks to a simple math problem.

California has nearly 40 million residents. A little over half of them vote. That’s more people than all but three states. But thanks to some last-minute haggling at the Constitutional Convention, all of those voters get just two statewide representatives in the U.S. Senate.

And because California’s electorate predictably and overwhelmingly votes for Democrats, there’s a very deep bench of Democratic mayors, state legislators, statewide officeholders, members of Congress and other could-be senators who would love to hold one of those two seats.

Consider the list of Harris allies who reportedly lobbied Biden to make the case for Harris in late July. Among them were Secretary of State Alex Padilla, San Francisco Mayor London Breed and Lt. Gov. Eleni Kounalakis.

“I looked at that list and thought, ‘this could be the U.S. Senate audition list,’ said Rose Kapolczynski, president of the American Association of Political Consultants, who ran all four of former Sen. Barbara Boxer’s Senate campaigns. “Newsom is in for five months of serious lobbying.”

The governor will have until January to pick a replacement for Harris — if Trump loses the presidency. And as the last five months of pandemic, recession and civil unrest have shown, a lot can change in the meantime.

But as Newsom chooses Harris’ successor, he’s likely to keep a few things in mind.

“I would be shocked if it were not a Latino or Latina, candidly,” said Mike Madrid, a Republican political consultant with a focus on Latino voting trends.

Nearly 40% of Californians are Latino — yet the state has never been represented by a Latino in the U.S. Senate.

Two women have represented California in the Senate since 1993, while Harris shattered a series of glass ceilings, serving as the state’s first Black and Asian American woman senator.

Newsom’s modus operandi — from allowing same sex couples to marry when he was mayor of San Francisco to imposing a death penalty moratorium as governor — is to “make history,” said Democratic strategist Garry South. “In this particular case the only way he can do that is to appoint a Latino.”

That’s in part why prognosticators often name both California Secretary of State Alex Padilla and Attorney General Xavier Becerra as among the most likely to be appointed.

And as a power bonus, naming either would give the governor the opportunity to choose their respective replacements as well.

In one fell swoop, Newsom would “build an ally in the U.S. Senate, and you also get an opportunity to appoint their replacements in the interim, so (he would) get a whole lot of chits,” Madrid said.

Padilla may be the most natural choice. Long before he became the state’s top elections chief, he got his start in politics working for California’s senior U.S. senator, Dianne Feinstein. Padilla also is a longtime ally of the governor — an early endorser in both of Newsom’s gubernatorial campaigns who also served as state chair of Newsom’s aborted run for governor a decade ago.

“They’re very close, they’re very much alike,” said Nathan Ballard, a political strategist who worked for Newsom when he was mayor of San Francisco.

Rep. Karen Bass, a Black congresswoman from Los Angeles who was circulated as a possible vice presidential choice for Biden, makes for another likely contender.

Although women have long represented California in the Senate, the governor will still be under pressure to choose a woman, said Ballard. With women making up just over a fourth of the Congress’ upper chamber for the first time in U.S. history, “you don’t want to be the one who diminishes the number of women who are in the Senate.”

And Assemblymember Lorena Gonzalez tweeted her suggestion for a twofer: Los Angeles state Sen. Maria Elena Durazo, who recently has been perhaps the Legislature’s strongest advocate for extending Medi-Cal health care to qualifying undocumented residents. The daughter of migrant workers, she was a trade official before entering politics.

Governors have filled senatorial vacancies five times in California history. The last governor to get that opportunity was Pete Wilson, who jumped from the U.S. Senate to the governor’s office in 1990 and appointed his own successor, fellow Republican John Seymour. Seymour served for fewer than two years before losing to Feinstein.

Before that it was Democrat Pierre Salinger in 1964, who served only five months before losing to a Republican.

“It’s embarrassing for a governor to appoint a senator and then have that senator get their clock cleaned,” said South. Plus no governor wants to lose a loyal friend in Washington.

“It’s like how Gavin Newsom owes (former San Francisco mayor) Willie Brown gratitude forever because Willie Brown got him his start in politics by appointing him to a commission,” he said.

Kapolczynski said electability isn’t likely to be a major issue. It’s been nearly 30 years since either a Democrat or an incumbent U.S. Senator lost her race in California. “Whoever is appointed will have a huge advantage in holding onto the seat in the future,” she said.

This won’t be the first time that Harris’ advancement has set off a statewide frenzy to replace her. After Harris won her first Senate race in 2016, then-Gov. Jerry Brown was given the opportunity to pick her replacement as attorney general. Brown ultimately blindsided political prognosticators by appointing Xavier Becerra — a Los Angeles congressman who, despite a powerful position in Congress’ Democratic caucus, had little home-state name ID.

Asked who she thought it might be, Kapolczynski hedged in every way but one.