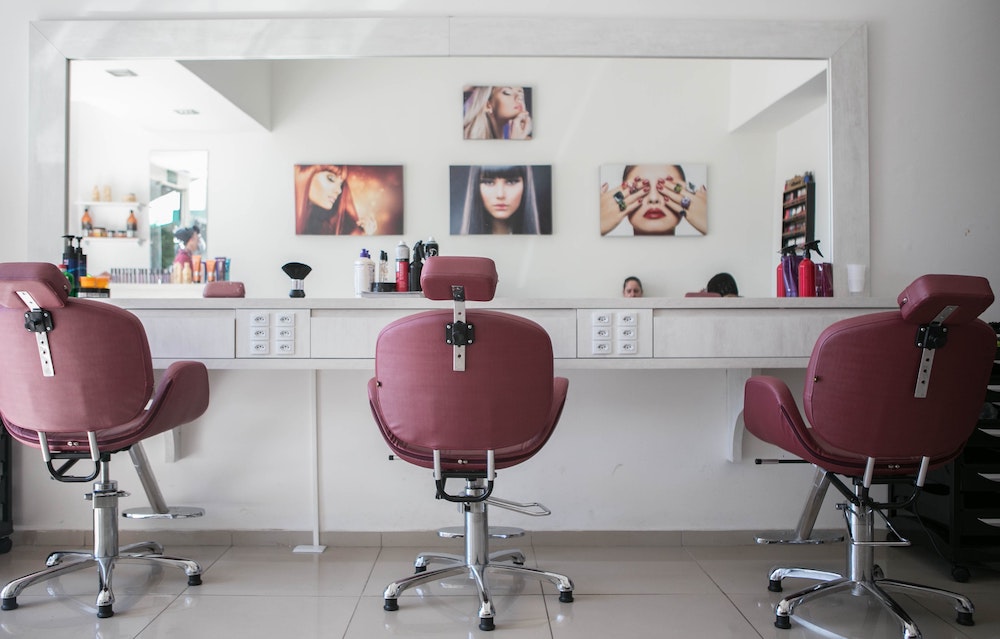 Gov. Gavin Newsom may have resorted to having his children cut his hair, but most of you won’t have to.

The governor cleared 47 of California’s 58 counties Tuesday to reopen hair salons and barbershops with modifications, marking a shift to the third stage of loosening the stay-at-home order as the state’s number of positive coronavirus cases nears 100,000.

The announcement came a day after Newsom said churches and in-store retail shopping could reopen statewide with modifications, signaling his commitment to giving counties more control over reopening.

Doug Mahon reaches for a cocktail from a masked server at Cole’s Chop House in Downtown Napa on May 22. Photo by Anne Wernikoff for CalMatters

But this isn’t necessarily because the state wouldn’t approve their application to do so, Newsom said — some counties have simply decided on their own they’re not ready to progress, a decision he will “respect and honor.”

Meanwhile, some lawmakers and public health officials are questioning Newsom’s rapid loosening of restrictions as the number of positive cases continues to rise.

Newsom said last week his administration is focusing on the percentage of positive cases rather than the total number, which will grow as testing capacity increases, and subsequently changed county reopening requirements. Whereas counties originally had to prove that they had no more than one new COVID-19 case per 10,000 residents in the past 14 days, the new criteria call for less than 8% testing positive in the past seven days.

Newsom said Tuesday it’s “inevitable” that cases will increase as the economy reopens and people begin to mix more frequently.

The Bottom Line: As of 9 p.m. Tuesday night, California had 92,710 confirmed coronavirus cases and 3,646 deaths from the virus, according to a CalMatters tracker.

Well, it looks as though Newsom and President Donald Trump’s uncharacteristically friendly relationship during the pandemic may be drawing to a close. On Tuesday, Trump castigated Newsom for ordering an all-mail election in November. “The Governor of California is sending Ballots to millions of people, anyone living in the state, no matter who they are or how they got there, will get one,” he tweeted, adding, “This will be a Rigged Election. No way!” Twitter later flagged the tweets with a label reading “Get the facts about mail-in ballots” that links users to a series of articles refuting Trump’s claims, drawing further ire from the president.

Newsom didn’t mince words during his Tuesday press conference, saying there “was no evidence” that mail-in ballots increase the potential for voter fraud and pointing out that California will also have in-person voting options in November. “Utah, hardly a bastion of progressive politics, has been doing mail-only ballots for a number of years,” he added. “It doesn’t skew Democrat, doesn’t skew Republican. … I hope we can temper our comments on the other side, though I recognize we are in a political season.”

2. Lawmakers to Newsom: Don’t count on feds to save CA from budget cuts

Speaking of Trump, lawmakers on Tuesday warned Newsom’s administration that California shouldn’t rely so heavily on federal aid to plug its massive budget deficit, CalMatters’ Laurel Rosenhall reports. Newsom’s slimmed-down budget proposal would cut $14 billion from schools, health care and safety net programs unless the federal government steps in — a move lawmakers characterized as risky in an unusual and historic hearing that convened all 80 members of the state Assembly.

3. PG&E closer to emerging from bankruptcy — but will anything change?

Today, federal judges and state power regulators will review PG&E’s $58 billion plan to exit bankruptcy — but after nearly a year and a half of negotiating, it’s unclear if the utility is better prepared to protect its 16 million customers or has identified a clear path to financial stability, the Associated Press reports. Due to poor infrastructure, PG&E still plans to shut off power for the next few years to avoid causing wildfires. Meanwhile, customers may end up footing an estimated $40 billion bill for equipment repairs, even as they face higher insurance premiums as a result of PG&E’s past negligence. And lawyers of the more than 80,000 people who lost their homes, businesses and families in a series of wildfires caused by faulty PG&E equipment say the $13.5 billion settlement could end up shortchanging victims.

CalMatters columnist Dan Walters: There was already a large socioeconomic gap between the Bay Area and Los Angeles County before COVID-19 struck — and it’s only widening as the pandemic takes its toll.

Revised budget puts seniors at risk: Older Californians are vital members of our families and communities who built a state strong enough to weather this pandemic. The governor and the Legislature need to come up with a budget that respects and protects them, argues Linda Nguy of the Western Center on Law and Poverty and Claire Ramsey of Justice in Aging.

Trust public health leaders: Nearly 7 in 10 Californians have trust and confidence in how public health officials are responding to COVID-19. Business leaders should too, argues Dr. Sandra Hernández, president and CEO of the California Health Care Foundation.

Take yes for an answer: We already have tools at hand to make our water supply more reliable for all Californians as well as protect the environment, writes Mike Wade, executive director of the California Farm Water Coalition.

How the coronavirus pandemic intensified the battle over the Prop. 13 amendment likely to qualify this week for the November ballot. // The San Francisco Chronicle

Why it may be years before California nursing homes allow visitors to return. // The Sacramento Bee

The price of California’s lockdown across sectors. // The New York Times

Newsom may have allowed churches to reopen, but the lawsuits aren’t over. // The Los Angeles Times

How the coronavirus upended life for thousands at California’s largest apartment complex. // The Los Angeles Times