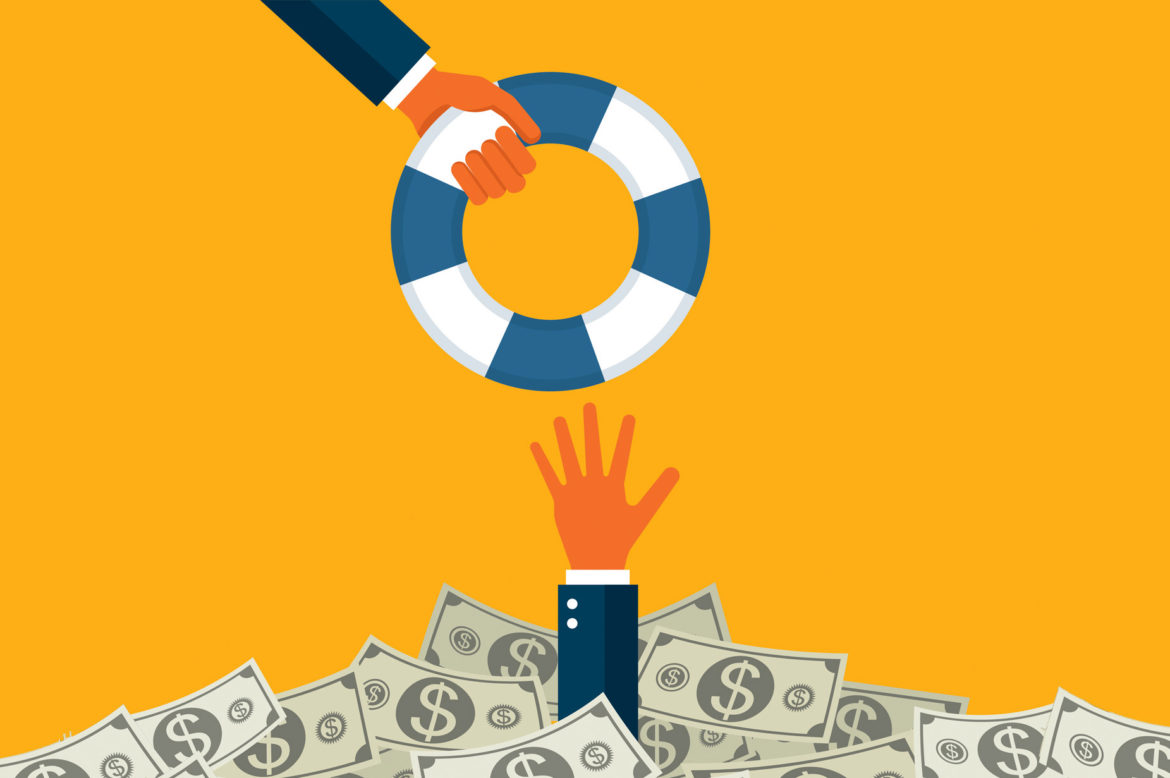 Californians struggling with the dramatic financial fallout of the coronavirus pandemic heard a little good news from their governor today: stimulus payments are safe from debt collectors, and payments on most private student loans can be postponed, without penalty, for the next 90 days.

Gov. Gavin Newsom signed an executive order to prevent debt collectors from garnishing federal stimulus payments. That means people who have received the payments – $1,200 for individuals, plus $500 per child – will not see them immediately disappear because of unpaid debts.

To debt collectors who already garnished some stimulus checks, Newsom said: “You gotta give them back.” The only exceptions to the protections, he noted, are those who owe money for child and spousal support or criminal restitution to victims.

The announcement came after what Newsom described as “the deadliest day” yet in the coronavirus’ march across the state – 115 people dead in 24 hours. With no likelihood of reopening until a variety of milestones are met, the economic fallout from the pandemic continues to be enormous.

The stimulus payments, he said, “were not intended to pay back old debt. They were intended to allow people to keep food on their table and a roof over their heads.”

He noted that, even though the order protects stimulus checks, other debt collection continues despite the state of emergency. The governor’s order does not impede those practices, he said, and he is hoping the governor will expand it.

Jessica Bartholow, policy advocate at the Western Center on Law & Poverty, said she’s glad of the governor’s order – “to think this money was going to go to the pockets of some of the largest corporations in our country was nauseating,” she said.

Already, she’s had people calling her saying they are unable to access their stimulus checks. It’s not always been clear why banks freeze people’s accounts, she said. Debt collector levies could be one explanation, but so could overdraft fees, or because the check represents far more money than the individual has ever had in their account before. She said one woman had called in tears the night before. The woman had just moved out of a shelter with her daughter and needed the money from her stimulus check to pay for food and a microwave. The bank had frozen it, and she didn’t know why.

“Now we can let them know there are protections for them and their stimulus check will not be taken,” she said. “For those low-income people who do have a bank account, this is a lifesaver.”

Still, she noted that many people are still waiting for their checks to come in – and those who do not have bank accounts may still have to wait months.

Cindy Yaklin, vice president and legislative chair of the California Association of Collectors, Inc., told CalMatters in an email today that prior to the governor’s order, the association encouraged its members not to garnish stimulus checks. It said it does not oppose the Newsom order as the organization “understands the importance of these checks in these unusual times.”

Newsom said the agreement he and other governors reached with 21 out of the 24 largest private student loan companies offers a minimum of 90 days of forbearance, waives late fees and protects against negative credit reporting.

While the federal Coronavirus Aid, Relief, and Economic Security Act had put some protections in place for federal loans, no such assurance had been offered from private student loan companies. Newsom estimated the new agreement would impact 1.1 million Californians.

Suzanne Martindale, senior policy counsel and western states legislative manager at Consumer Reports, said her organization has been advocating for comprehensive relief options for student borrowers during the pandemic.

She called the announcement of an agreement with 21 student loan companies “a good first step.” But she worries that without more safeguards, people could face “payment shock” when money comes due after 90 days, and says interest accrual will also be a problem.

“The best way for us to move forward out of this is to ensure that people can keep some money in their pockets,” she said.  “The industry recognizes that we’re not going to have an economy left if people don’t get a break.”

Mike Pierce, director of policy for the Student Borrower Protection Center, said in an email that the student loan agreement “will help protect some of the state’s most vulnerable borrowers during this national crisis.” But he expressed concern that the state deal did not include all private loan companies, and said that he wanted to see the entire student loan industry extend these same protections.

Gov. Gavin Newsom says the state appears to be flattening the curve. We unravel the response to the coronavirus outbreak and look at what lies ahead.