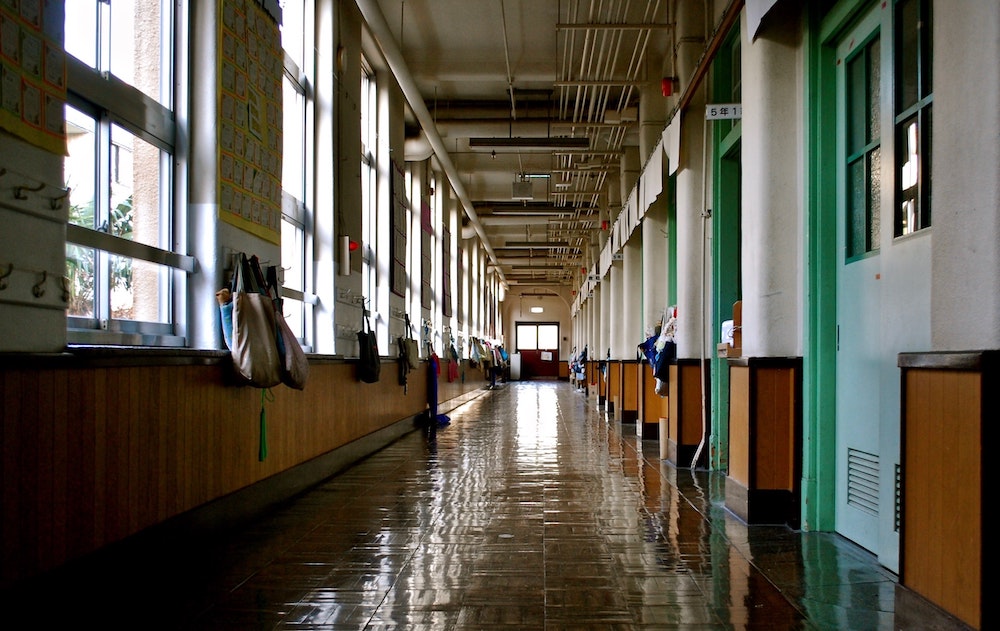 California braced for a statewide wave of school closures as the state’s two largest public school districts decided to shut down Friday in an effort to stem the spread of the novel coronavirus.

The announcements from the Los Angeles and San Diego Unified School Districts, which together educate some 750,000 students, brought to more than 1 million the number of public, private and parochial school students in California who will be home from school in coming weeks to avoid the pandemic.

As of Friday morning, thousands of California public schools were preparing to close down.

“This is a temporary thing,” said Christine K. Johnson, a professor of epidemiology at the One Health Institute at UC Davis. “If we do it well, we can manage this outbreak and continue to keep cases low.”

In Northern California, which has been a hot-spot for COVID-19, the aggressive infection caused by the virus, school cancellations had already been announced. Elk Grove Unified School District, the state’s fifth largest, has been closed since Monday.

Most other schools across California had been opting to remain in session, primarily based on guidance from local public health officials that closures were not necessary. Officials reasoned that keeping kids in class would keep them fed, occupied and away from more vulnerable elderly and sick adults, as well as minimize disruption for parents. Pressure from scientists, teachers’ unions and frightened parents tipped the balance.

The announcements rippled through districts across the state within moments, as other districts convened their own emergency school board meetings. Within an hour of the L.A. and San Diego’s announcement, nearly two dozen districts in San Diego County said they, too, would close, county education officials said, after there had been no plans for closures earlier in the morning.

“California has now entered a critical new phase in the fight to stop the spread of the Covid-19 pandemic,” Los Angeles superintendent Austin Buetner and San Diego superintendent Cindy Marten said in a joint statement. “There is evidence the virus is already present in the communities we serve, and our efforts now must be aimed at preventing its spread. We believe closing the state’s two largest school districts will make an important contribution to this effort.”

But behind the statement was a debate over which policymakers have been agonizing, both nationally and in California: To send kids home, “flattening the curve” of potential damage as the virus spreads exponentially from person to person, or to keep them in school, where they could be educated, fed and kept away from far more vulnerable elderly adults and people weakened by chronic diseases.

To close or not to close?

As recently as Thursday, Gov. Gavin Newsom had resisted calling for school closures, deferring to local officials, even as Governors in at least seven states — Oregon, West Virginia, New Mexico, Michigan, Ohio, Kentucky and Maryland — ordered their public schools to be shut down statewide. More than 8 million students in America have been affected by coronavirus-related closures, according to a tally by Education Week.

Newsom clamped down on public gatherings of more than 250 people, but said local schools should be the ones to decide whether to close schools and for how long.

Part of Newsom’s concern, as well as those of school officials across the state, had been the widespread disruption mass closures stood to have on disadvantaged students and families. About 6 in 10 California students rely on schools for meals, and schools across California and the nation have begun to grapple with their limited bandwidth to provide distance learning to students for long periods of time in event of closures.

Another reason for the governor’s caution: The impact school closures would have on public health workers and emergency responders.

“If you are a caregiver of a loved one, a police officer, firefighter, emergency room doctor, nurse, nurse practitioner and you have kids, you have no capacity to have those kids at home without your own presence being there, you no longer are then part of the workforce to meet this moment,” Newsom said Thursday.

But other voices argued that even those first responder concerns were dwarfed by the urgent need to stop the virus.

“This is a temporary thing,” said Christine K. Johnson, a professor of epidemiology at the One Health Institute at UC Davis. “This is not going to be forever. If we do it well, we can manage this outbreak and continue to keep cases low and hopefully there will be a vaccine at some point in the future.”

Dr. John Swartzberg, professor emeritus at University of California Berkeley’s School of Public Health, agreed that “we have to be more aggressive.”

Also urging quick action were unions, who want protection for their members, not only in schools but in a wide array of workplaces. Nurses and healthcare workers, for example, have been protesting statewide since the outbreak began.

“We’re in uncharted waters and I think we really need to be on the side of precaution rather than be reactive and wait until there’s a massive number of students that have the coronavirus,” said Keith Brown, a middle school teacher and president of the Oakland Education Association, which represents teachers in Oakland Unified School District, which, shortly after the L.A. and San Diego announcements, said it, too, would close.

A trickle becomes a wave

Southern California was a different story, with only a few districts announcing closures before Friday, when the LAUSD school board called a 7 a.m. emergency meeting. But public pressure to close down schools was mounting.

Dozens of local petitions had circulated online calling for school closures. In a Thursday press conference, United Teachers Los Angeles, the LAUSD union, demanded that  schools proactively close to protect students and slow the spread of the virus — and to provide social services to disadvantaged students in time of closures.

That question remains as California embarks on what is almost certain to be the most widespread school shutdown in state history. Shutting down a school is a “profound step by a society,” said Berkeley professor Swartzberg, and the impact is expected to be widespread, particularly for low income children. It is not clear, either, that the effort won’t be undermined as students who otherwise would be in school fan out to malls, stores, movie theaters and extended family.

“[But] sometimes,” he said, “you need someone with authority to say ‘this is what it’s going to be.’”