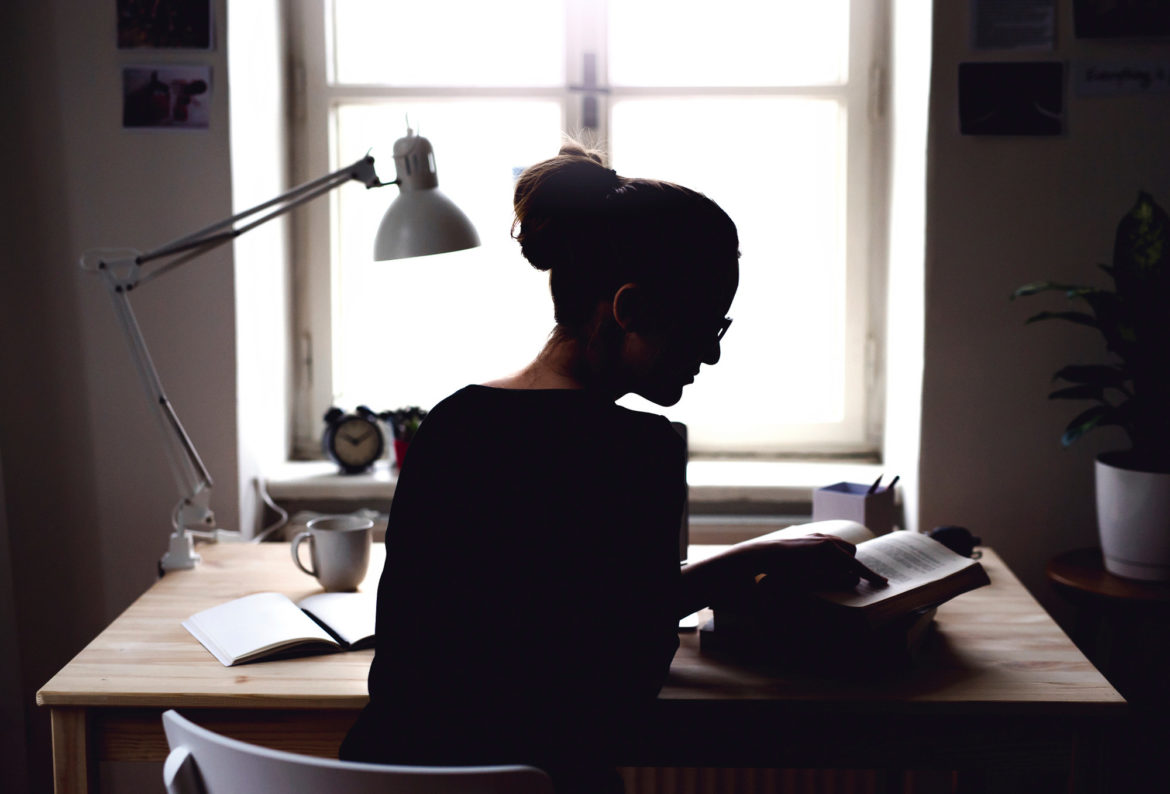 There is a push for schools to adopt flexible grading policies that account for the upheaval in their school year.

The weekend before the coronavirus-induced Bay Area lockdown, Anna Tseselsky tried to catch up on homework assignments and found that she couldn’t focus.

“I was getting really anxious. Everyone was unsure of what was happening,” Tseselsky, a junior at UC Berkeley, said.

Family members were calling, urging her to stock up on food and essentials — so instead of studying, she dedicated the weekend to scavenging supermarket shelves for cleaning supplies and toilet paper. Then she messaged a professor, asking for an extension.

“It felt like there was a discrepancy between the emails I was getting from professors saying ‘Make sure you keep up on this assignment’—when the world is, like, falling apart,” Tseselsky said. She shared a template of the email in social media groups for other students to use.

Stressed out from transitioning to online classes while sheltering in place, college and university students across California are pushing for schools to adopt flexible grading policies that account for the disruption to their school year. Some colleges have responded by giving students the option to take courses on a pass/fail basis. As students come back from spring break or begin new quarters, others are still grappling with how to assess their performance at a time that’s anything but normal.

While pass/fail grading could help students struggling to adapt to remote learning, letter grades are sometimes necessary for those who want to apply to graduate school or maintain scholarships.

At UC Berkeley, a petition titled ‘As for All’ gathered some 9,000 signatures, calling for students to be assessed on a scale of A+ to B+. The change.org petition echoed similar campaigns at Harvard and other universities nationwide.

“It’s unreasonable to expect students to perform at their academic best right now,” tweeted UC Student Association president Varsha Sarveshwar, adding that she agreed with the petition. “We should switch to a more lenient grading system that helps students destress and prioritize health and family.”

UC Berkeley nixed that idea, but announced that classes will default to a pass/fail grading system, with an option for students to choose a letter grade if they prefer. UCLA has extended the deadline for students to take courses pass/fail — though those classes might not count towards requirements for some majors.

It’s up to the individual UC campuses whether to change their policies, said Kum-Kum Bhavnani, chair of UC’s academic senate. The senate represents tenured faculty systemwide and is urging students to talk with their advisors about how taking a course pass/fail could affect graduate school applications.

At the University of Southern California, letter grades remain the default, but students can choose until April 24 whether to take their classes pass/fail. The decision came after a petition drive launched by senior Debadrita Bhattacharya drew student and faculty support.

“We have worked really hard for three and a half years to get the grades that we want and this situation, that’s completely out of our control, shouldn’t be a determinant of how our grades end up at the end of the final semester,” Bhattacharya said.

Some students and faculty are concerned about potential negative consequences of the pass/fail option. UC Berkeley junior Matthew Mercier was one of the students campaigning for letter grades to be dropped from all classes. “Without access to in-person office hours, study sessions and tutors, classes are even more stressful and difficult,” Mercier said. But now that the university has made letter grades optional, he says, he’s worried that opting against them could hurt his law school application.

“Now students are wondering if they are going to be disadvantaged by taking the recommendation that campus is giving,” said Antje Postema, a lecturer in Slavic languages at Berkeley. “The vast majority of faculty are telling them to stick with the default. But because of the normal climate of anxiety about grades, they’re kind of unwilling. They feel like they might be being duped into taking an option that will affect them later.”

The UC Student Association is advocating that students be given as long as possible to decide which grading option to choose, said Sarveshwar.

For community college students, taking classes pass-fail could affect their ability to transfer to four-year universities, said Marty Alvarado, vice chancellor of educational services. But she said the chancellor’s office was working with CSU and UC to come up with a solution that would allow community colleges more flexibility. Community colleges will also allow students to retake any course attempted during the pandemic, with the old grade excluded from their grade point average.

Grading policies remain largely the same at California State University campuses for now, said spokesperson Mike Uhlenkamp, but that could change. “I do expect that there will be many additional conversations on the topic after the campuses have collectively moved all instruction online and we have a clearer picture of how best to serve students,” he said.

Esmeralda Pérez is one CSU student hoping that change comes soon. “I live in a two-bedroom household with three other brothers, and I’m the oldest one. It’s very hard to just focus on my schoolwork when they’re just being boys and being loud,” Pérez, a junior at Cal State Long Beach, said.

In the meantime, some professors are taking their own steps to ease the pressure on their students.

David Blumenkrantz, a visual communications professor at CSU Northridge, said his magazine production and documentary photography class doesn’t lend itself to online learning. It requires students to establish relationships with homeless activists and people who are experiencing homelessness—not easy tasks at a time of social distancing.

“I have to remain extremely flexible. I’m telling my students to do what we can, when we can and not have too strict expectations in terms of deadlines and in grading,” Blumenkrantz said. “There’s going to be a lot of chaos. And I think it’s incumbent on the institutions to take this into consideration.”

UCLA lecturer Karen Bowdre allowed students in her class on contemporary film directors to see what their grade was so far, then choose whether or not to take the final exam.

“Finals time is already stressful enough,” she said. “These are truly extraordinary circumstances.”

As the May 1 deadline for students to accept admission to many colleges looms, Bhattacharya said, how colleges respond to requests for leniency could affect those decisions.

“It’s not that it just looks good for the university,” she said. “It helps potential students to also want to go to the university, thinking that, ‘If I go there, I know my school will have my back no matter what happens.’ ”

Vanessa Arredondo is a fellow in CalMatters’ College Journalism Network, a collaboration between CalMatters and student journalists across California. This story and other higher education coverage are supported by the College Futures Foundation.