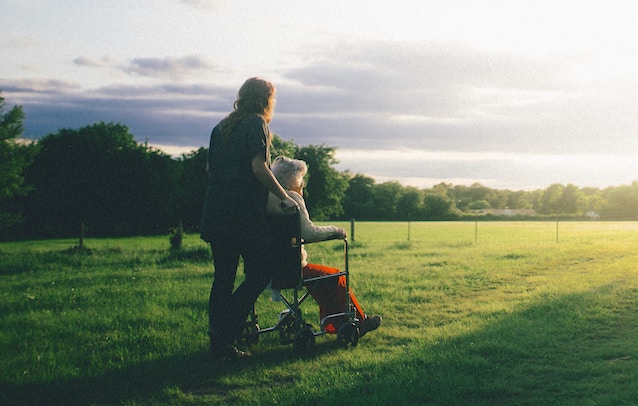 As baby boomers grow into old age, there is a growing demand for caregivers—both paid and unpaid. While legislators have largely overlooked the looming shortage, some states are stepping into the void with innovative solutions.

In Hawaii, family caregivers who work outside the home can get up to $70 per day from the state to apply toward adult day services. Washington has a tool to assess the needs of family caregivers and refer them to the most useful resources, and in Minnesota, the “Live Well at Home” program gives grants to local organizations to test ways to support older adults and caregivers.

The programs are detailed in a report titled “In Support of Family Caregivers: A Snapshot of Five States” published this summer by Johns Hopkins Bloomberg School of Public Health. The report was funded by the John A. Hartford Foundation and the Milbank Memorial Fund.

Other states may be following suit. In California’s state plan on aging, three of four goals address caregiver responsibilities and needs.

Several states, including Arizona, California, Nebraska and Wisconsin, are considering tax credits for family caregivers, given that family caregivers spend an average of $6,954 a year on out-of-pocket costs, according to a 2016 AARP study. And more states are also approving paid leave programs for caregivers, with Connecticut becoming the seventh state to pass a law this summer.

At the federal level, Congress passed the Recognize, Assist, Include, Support, and Engage Family Caregivers Act in January 2018. It charges the Health and Human Services Department with assembling the RAISE Family Caregiving Advisory Council to develop a national strategy for assisting family caregivers. The council’s first meeting was in late August.

Although a national strategy will go far in supporting caregivers, state and local initiatives are crucial, said Jennifer Wolff, a report author and Eugene and Mildred Lipitz professor at Johns Hopkins University’s Bloomberg School of Public Health. That’s because they better understand their demographics, geography and specific needs.

“It can be just much more nimble,” Wolff said of state and local efforts. “There’s a real possibility to make a change in states incrementally over time and to really see the benefits of those efforts.”

The report highlights five states where caregivers get significant backing. In Hawaii, for instance, cultural expectations of family support mean the state has the lowest percentage of older adults living alone, but that also has limited families from accessing support services, according to the report.

In January 2018, the state started the Kupuna Caregivers program, through which working family caregivers can get up to $70 per day from the state to apply toward adult day services.

Maine has the oldest and most rural population in the country. In response, it provides caregiver counseling and respite assistance through the federal Older Americans Act. A state-funded respite program offers up to $3,800 a year for caregivers of low-income adults with dementia.

In Minnesota, the 18-year-old “Live Well at Home” program sets aside $485,000 of its $8 million annual budget for grants to local organizations that are testing ways to help older adults and caregivers, such as opening a day care center or organizing a volunteer network. Additionally, the state has a six-week caregiver education program designed to provide tools to family caregivers.

What’s more, the state started a respite program in 2002 to help caregivers who don’t meet financial benchmarks for assistance programs but who can’t afford respite care. From 2008 to 2010, Washington honed its own caregivers assessment and referral tool to help identify and address challenges to facilitate the allocation of resources to caregivers in need.

Since the report was published, Washington also became the first state to create a public insurance program that helps families cover long-term care costs. The Long Term Care Trust Act signed by Gov. Jay Inslee in May provides anyone who needs care up to $100 a day for services including home health aides, adult day care and nursing home care. California, Michigan and Minnesota are considering similar legislation.