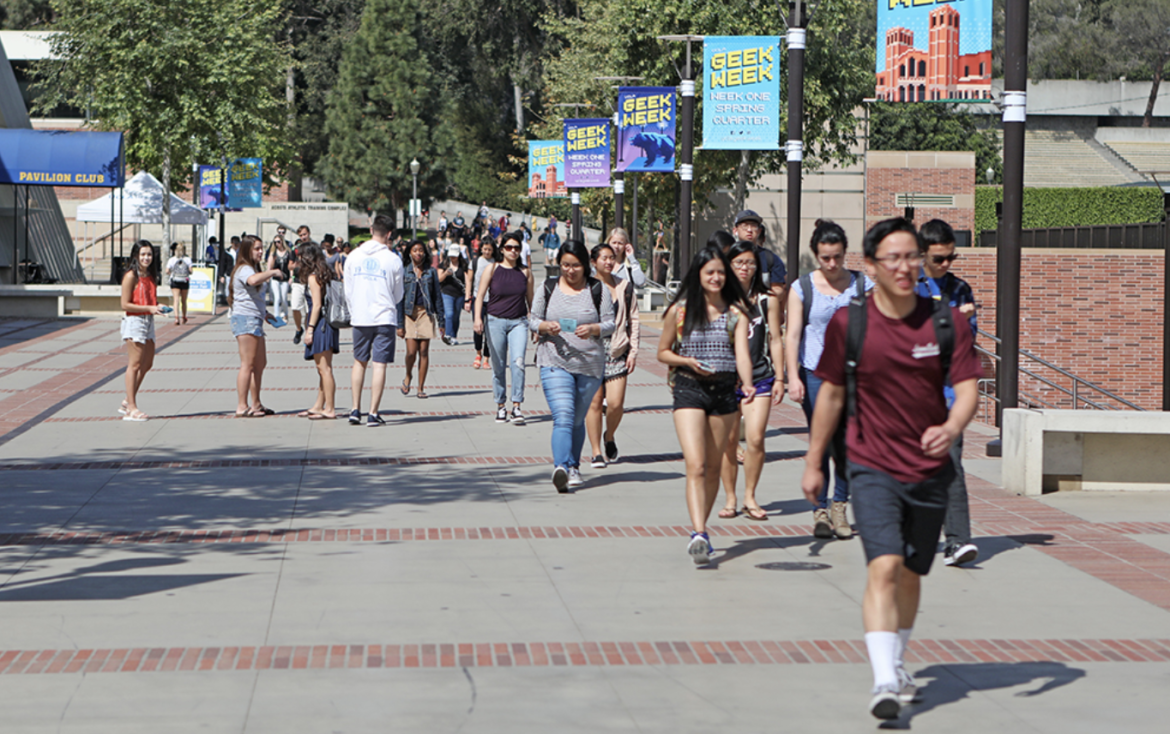 The ten-campus University of California system is considering a new tuition plan that would freeze tuition for an incoming class for six years while the next group of students could be charged more.

The so-called cohort-based tuition is aimed at providing students and families more stability and predictability about education costs, according to an agenda item for next Thursday’s meeting of the UC regents.

Under such a plan, if the board of regents were to increase tuition by a certain amount, incoming students would be assured that tuition would be fixed for them at that rate and not go up for as long as six years. The regents then could decide to increase tuition again for a subsequent incoming class of students and their tuition would similarly be fixed at the rate they paid during the first year at the university.

The possible change also could be a less controversial way for the university to increase revenues for hiring faculty, awarding financial aid and running labs and libraries.

“If implemented, such an approach would avoid the unpredictable annual tuition and fee increases over the past two decades that have created planning challenges for UC students, families and campuses,” said the agenda item presented by UC president Janet Napolitano’s administration. The proposal raises the possibility that each group of students could see their tuition increases tied to the California Consumer Price Index for “an even clearer picture of this revenue stream.”

The regents are scheduled on July 18 to kick off discussion about the possible change but any vote on the matter would be months away after consulting with students, faculty and staff.

Similar approaches have been adopted at other universities around the country and some have tried it and then dropped it because the fixed tuition guarantees just didn’t raise enough revenue to compensate for state funding cutbacks. Georgia’s 35 public colleges and universities adopted guaranteed tuition in 2006 but dropped it three years later for new students when state budget reductions made it unsustainable, officials said.

Critics say such plans don’t solve basic revenue problems in higher education and can be marketing stunts that unfairly hurt younger students who bear the brunt of tuition inflation.

Those plans typically limit eligibility to four years for entering students, but UC is exploring freezes that last up to six years “with the opportunity to petition to further extend eligibility in extraordinary circumstances,” according to the item. Allowing six years would help students who had trouble getting into overcrowded required courses in their first four years, officials said.

The University of California wants to include undergraduate freshmen, transfer and graduate students, whether state residents or not, and to cover both tuition and systemwide mandatory fees. The plan would allow for increases in campus-based fees if student vote to approve raises to support cultural activities, health care and other causes.

The university is keeping tuition and mandatory systemwide fees in 2019-20 for Californians at the current $12,570; adding living costs and campus charges, the total costs average about $35,000 a year before financial aid. However, UC is increasing charges for students from other states and nations by $762 to a $42,324 total, with some set-aside for financial aid.

UC students suffered a series of large increases between 2002 and 2010 but only one increase since then — a $336, or 2.7 percent, hike in tuition and mandatory systemwide fees in 2017.

Plans involving tuition freezes may give “a psychological boost” to students and families so they don’t worry about annual increases but the arrangements might not prove to be a bargain, according to Jessica Thompson, director of policy and planning for the Institute for College Access and Success, a higher education research and policy organization based in Oakland.

Universities may set increases for each group of students somewhat higher than they would otherwise be to reduce the risks over the four or six years each group receives, she said. And, Thompson added, this kind of pricing does not solve the basic problems that cause tuition hikes: cost inflation and insufficient state funding.

“This is just tuition increases by another name,” Thompson said. “It’s looking to create a more palatable way to deliver those bills to students.”

This is not the first time that such a tuition strategy was suggested for UC. In 2012, a UC Irvine alumnus began gathering signatures for a proposed state constitutional amendment requiring such plans at all public colleges and universities in California. That drive failed to qualify for the ballot.