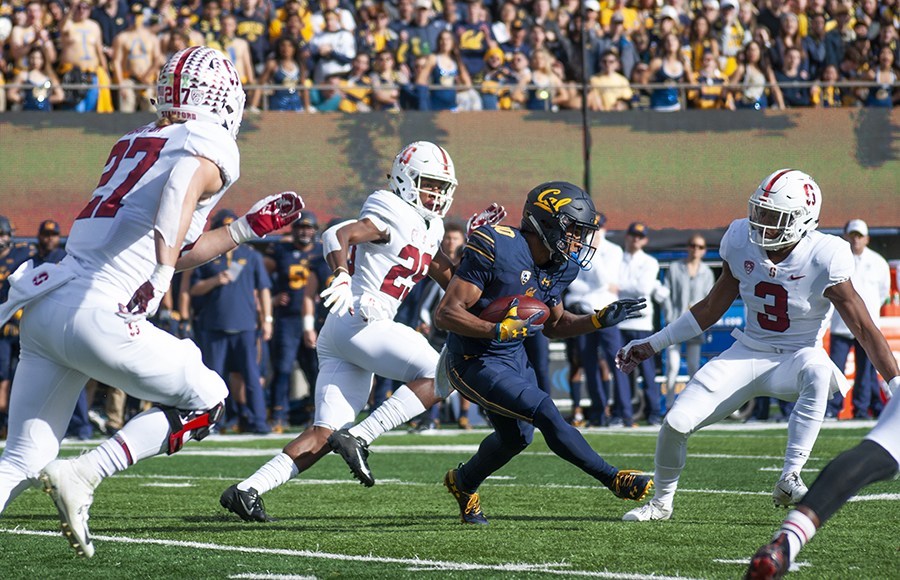 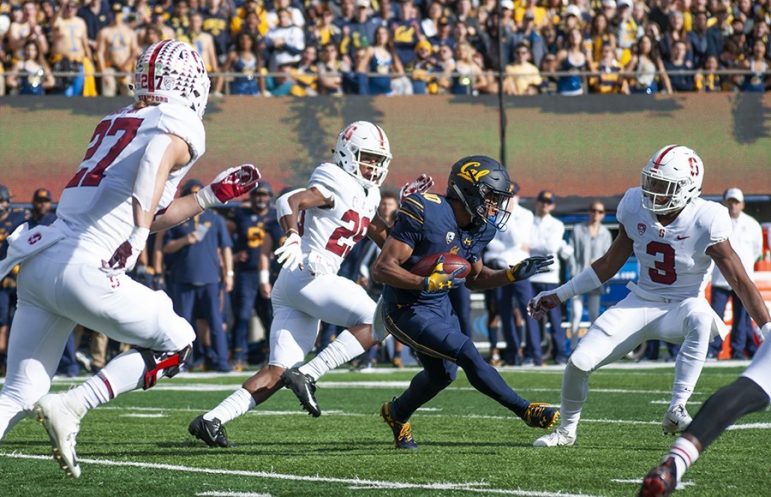 So much had gone right for Cal football in 2018 that when Cal head coach Justin Wilcox’s defense put on one of its signature efforts in clamping down on Stanford and keeping the game close, it seemed like it had to be only a matter of time before the other side of the ball reciprocated and took a lead. That time never came, as the offense seemingly buckled under the weight of the Big Game, and the Cardinal emerged from California Memorial Stadium with a 23-13 win and the axe for the ninth straight year.

In the first quarter, the Bears simply looked limp. The defense was unable to get any pressure whatsoever on Stanford quarterback K.J. Costello, who in turn was able to pick apart the Bears’ zone defense as he wished. While the Cardinal’s first drive stalled out in the red zone and resulted in just a field goal, the second ended on a more dynamic note as backup running back Cameron Scarlett took a screen pass 46 yards to the house. Stanford’s offense looked to be in full effect, utilizing its size advantage with receivers and relying on a deep stable of running backs.

Cal’s offense, on the other hand, looked like the mediocre unit that managed little more than 200 yards against Colorado last week. Chase Garbers was hesitant, and nothing opened up in the running game. The first quarter ended with Stanford up 10-0 and holding a 4-to-1 advantage in total yardage: 164 to 41.

Roles were quickly flipped in the second quarter as the Bears’ defensive line came out with a bundle of energy and finally made Costello somewhat uncomfortable, helped by the loudest Memorial Stadium crowd in years. On its first three drives of the quarter, Stanford could only manage two 3-and-outs and a single first down. Evan Weaver was making his usual outsized impact, and defensive end Tevin Paul was playing some of his most effective football of the year. 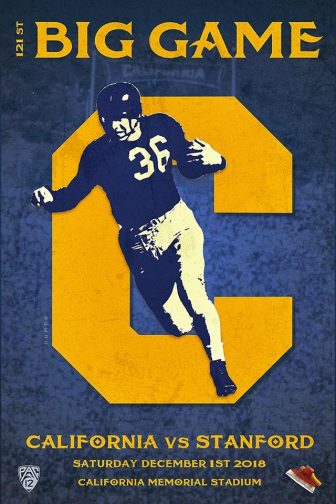 Cal converted on a short fourth down and then a third down by going to trusty utility player Malik McMorris, but the Bears had to settle for a field goal. On their next drive, Patrick Laird put a hesitation move on a Cardinal linebacker that allowed him to streak 62 yards down the field. But on third down just 7 yards from the end zone, Garbers missed an open Jordan Duncan, and kicker Greg Thomas was back out again.

The Bears looked to be stringing together another good drive to end the half until McMorris fumbled. Afterward, Costello quickly found the always-dangerous J.J. Arcega-Whiteside 31 yards downfield to put the Cardinal 1 yard out from another touchdown. The Bears stood tough, however, limiting the damage to 3 points, and they headed into halftime down 13-6.

Cal’s offense had a shot at getting something going at the start of the second half, but Jeremiah Hawkins inexplicably failed to haul in a near-perfect pass from Garbers with nobody close on third-and-8 to force a punt. The rest of the quarter developed for both teams along similar lines, with Cal’s defensive line continuing to gain steam and Garbers’ indecisive play continuing to hinder the Bears. All in all, both teams combined for fewer than 100 yards from scrimmage in the quarter, making for an aesthetically unpleasant stalemate.

It was only appropriate, then, that the fourth quarter start with fireworks. The Bears’ offense was finally making progress down the field when Garbers forced a poor throw into the end zone that was picked off with one hand in highlight fashion by Cardinal cornerback Paulson Adebo.

Just when it seemed the Cardinal had seized control of the game, linebacker Jordan Kunaszyk forced the ball out of Bryce Love’s hands, with Cal’s Siula Fuimaono falling on it. And just when it seemed the Bears had taken the game back, Garbers’ indecisive scrambling forced a 36-yard field goal attempt. Thomas, who had looked to be in the zone on two previous kicks, promptly missed an ugly one, and the score remained at 13-6 — seemingly impossible after so much action.

Cal appeared to have forced a three-and-out after those miscues, but Paul put a black mark on what had been such a positive day for him with a blatant roughing-the-passer penalty that extended the drive. Another big completion to Arcega-Whiteside put Stanford in striking distance, and a field goal put the margin between the two teams at an insurmountable two possessions.

The Cal offense tried to rev its engines again with three minutes remaining in the game, but the crowd, which had been so electric in the first half, seemed to already know the effort was doomed, and barely managed a peep. Adebo picked off another ball after it deflected off Vic Wharton III’s hands, and Adebo very nearly took it to the house. Instead, Scarlett punched it in, and fans finally began to file out into the streets.

It hardly felt fair for the offense’s ineptitude to end up leaving Cal fans with a bitter taste in their mouths after an impressive seven-win season, but for anyone who had watched that unit throughout the season, it was no surprise. Until the Bears can get both sides of the ball on the same page, they seem doomed to play little brother in their biggest rivalry.