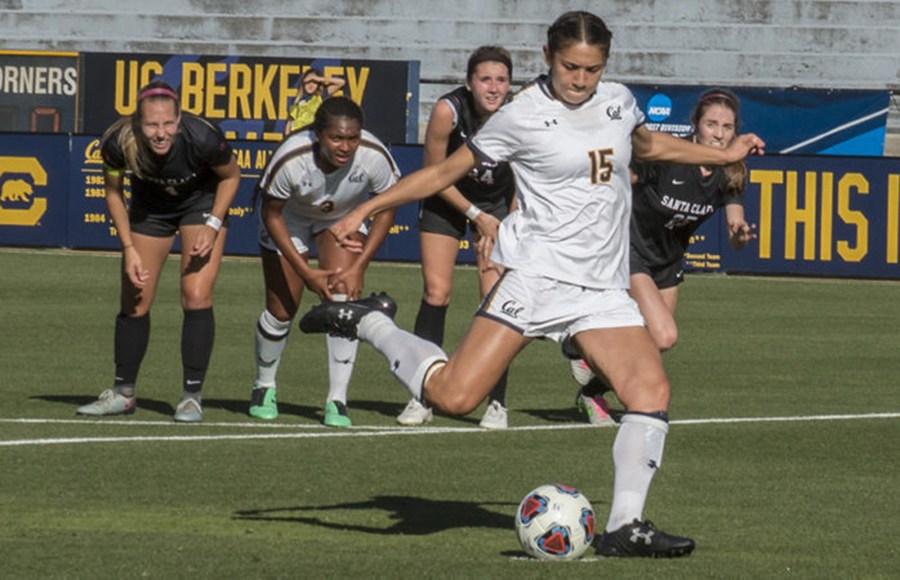 In the week after the end of the 2018 regular season, several Cal women’s soccer players earned national recognition for their performances on the field and in the classroom. Junior Abi Kim was named to the All-Pac-12 Third Team after an impressive season on the pitch, while sophomores Emily Smith, Daisy Cleverley and junior Kayla Fong were selected as members of the Google Cloud Academic All-District teams.

Kim earned a spot on the All-Pac-12 Third Team for the first time in her career, after being selected for the second and all-freshman teams in her first two seasons at Cal. Kim’s work rate on the pitch caused problems for defenses throughout the conference as she led the Bears with six goals and 20 shots on target.

Smith headlined the 2018 class as a member of the Division I All-Academic First Team for District 8, which accounts for universities in eight U.S. states and all of Canada. As an applied mathematics major, Smith boasts a 4.00 GPA, which is the second highest among the first team nominees. Smith is now eligible to be nominated as a member of the Academic All-America squad.

Fong is a business administration major and garnered CoSIDA recognition for the second consecutive year, after being named to the first team in 2017. The junior forward received second-team honors this season, maintaining a 3.76 GPA.

Cleverley also represented the Bears on the second team as an environmental economics and policy major with a 3.74 GPA.