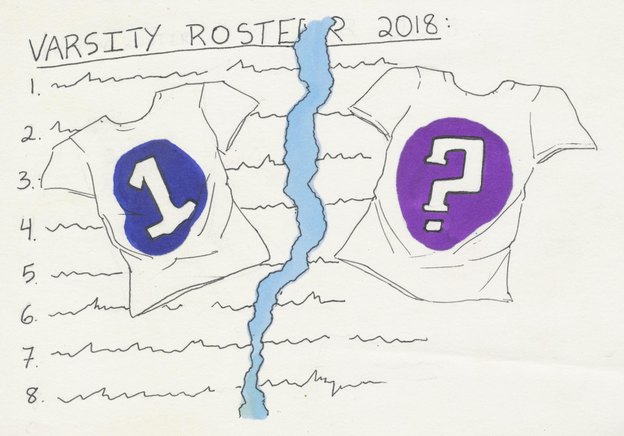 The California Interscholastic Federation (CIF) constitution’s athlete transfer rule and its many nuances have often created confusion among students, sometimes catching an unsuspecting transfer student by surprise with its consequences.

The rule subjects student athletes who change schools to either sub varsity limitation or a sit-out period, which aims to last about half the season. During a sit-out period, an athlete may still practice with their team, but they cannot participate in competition, said former transfer athlete and recent PHS graduate Jack McKeen.

Recent transfer from De La Salle and sophomore Cal Barna said that regardless of intent, the rule is confusing to students who fail to see the need to sit out if they transfer for non-athletic reasons. Barna is currently the subject of a sub varsity limitation for the football season, and he intends to appeal the restriction come baseball season, Barna said.

“[The rule is illogical], especially with my circumstances, because I already lived in the town and the transfer wasn’t due to sports,” Barna said.

The letter of the law, however, is clear. A student must make a valid change of residence in order to be athletically eligible, including a sit-out period or sub varsity limitation, Powell said. A Piedmont resident who leaves a different high school to attend Piedmont is therefore not necessarily protected from a rule.

“When you start your first day of school in ninth grade, that is your school of residence,” Powell said.

In order for them to become eligible for Piedmont athletics, once they’ve satisfied their limitation, there has to be a valid change of residence, which means their entire family must move.

“It can be three blocks away, but that’s a valid change of residence and it can justify your transfer at that point,” Powell said.

If a student begins at Piedmont then transfers to another school, that school becomes their new school of residence, Powell said.

“They can then transfer back to Piedmont after a year, but would be subjected to another limitation upon their return to Piedmont,” Powell said. “It is the same as if they were to transfer to a third school.”

Millenium students, who may not live in Piedmont, are not subjected to transfer rules so long as they establish Millenium as their school of residence in ninth grade, Powell said. If they do transfer in during high school, regular transfer rules apply.

“If I live in Alameda, in what would normally be the Encinal boundary, but I wanted to go to Piedmont and I was able to get in, then I’ve established that Piedmont is my school of residence,” Powell said.

The transfer rule would then apply in reverse for this hypothetical student, Powell said.

“If Piedmont doesn’t work out and I try to go back to Alameda, I am now a sit-out student because I have not had a valid change of residence and my school of residence is Piedmont,” Powell said.

According to CIF Constitution Bylaw 207, the only exemptions to a sit-out period or sub varsity limitation are specific hardships, which include court-ordered transfers, divorced parents, student safety concerns and more.

If any school failed to abide by the transfer rule, consequences could be dire, said North Coast Section Commissioner Gil Lemmon.

“Failure to adhere to the CIF/NCS rules are grounds for removal from membership from NCS,” Lemmon said.

Loss of membership takes a school’s ability to participate in NCS competition.

“It’s very important that we do follow the rules because if we make a mistake, it won’t just cost a kid who transfers, it can cost all kids in the program,” Powell said. “If it’s done intentionally, it actually can cost the entire school’s athletic program.”

In addition to this, any games played with an ineligible transfer must be forfeited, Powell said.

Though the rule may appear confusing on the surface, it is quite simple.

“When students transfer schools they forfeit their eligibility,” Lemmon said. “They can seek eligibility back, but there are no guarantees.”

A transfer is a big decision, and having the most information possible to make an informed decision is essential, Powell said.

“The state has a handbook about transfers, and I think any parent considering changing their child’s school, even prior to enrolling in ninth grade, should read that handbook and know what their options are and the impacts of a transfer,” Powell said. “That way, they’re not surprised or disappointed. I think if you weigh it out sometimes, it might not be worth changes or going to the other school in the first place.”