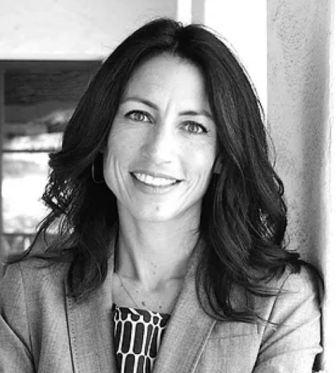 “I’m calling to report a suspicious person. He’s African American and sitting in a car outside of my house.”

Emergency dispatchers in Piedmont, Lafayette, Alamo, Danville and similar towns receive these types of reports regularly.  This is despite the growing national attention to the racial disparities in the criminal justice system: the media reported on hundreds of police shootings of African Americans in the last few years, the New Jim Crow has been on the New York Times Bestseller list for 145 weeks, and the documentary 13th has received critical acclaim. The entry point into the criminal justice system–and all of its tragic consequences for people of color–is the police stop, the crucial moment when the government and the citizen engage.  For many communities without hot spot locations of criminal behavior, a call from a community member sets the police stop in motion.  Being aware of our own biases before making that call could help to lessen the racial disparities in the larger justice system.

Chief Jeremy Bowers of the Piedmont Police Department estimates that his small department receives one or two suspicious person calls each day. The Lafayette police get about one per week. This is not surprising given the scientific findings about the universality of bias. Even people with avowed commitments to impartiality such as judges have been shown to have bias.[1] Implicit biases are the attitudes or stereotypes we all hold about groups of people (based on gender, race, ethnicity, age, or appearance, for example) that affect our understanding, actions, and decisions in an unconscious manner.[2]

When you see an African American stranger on the street or a Middle Eastern man sitting on a park bench, within milliseconds your brain uses implicit biases or neurological shortcuts to categorize and assign attributes to the person. These functions help us but at a cost: the shortcuts can cause us to miss information, misinterpret a situation, or misjudge a person. You may call the police even when the person poses no danger.

Luckily, biases have been shown to be malleable; they can be gradually unlearned through a variety of de-biasing techniques.  Increasingly, police are trained to reduce the impact of bias in their work.  “It’s the job of the cop to contextualize the report,” says Chief Bowers.  The officer can drive by the park and wave at the Middle Eastern man. The officers can evaluate whether the person fits the description of a person involved in a string of burglaries or can determine whether there is suspicious behavior.  Chief Bowers instructs all of his officers to make that determination only after employing a simple yet highly-effective technique called “cloaking.”  “Everyone in the department must ask themselves, if this person were part of another group, would I be doing what I’m doing in response?” Community members can adopt this practice as well.  Ask yourself, “If the person sitting in the car in front of my house were an older white man in a Mercedes, would I think the behavior is suspicious?” If your answer is “no,” don’t call the police. Of course, your answer may be “yes” but in that case, be prepared to articulate the behavior that underlies that feeling.

Research shows that most people associate African Americans and crime, criminality and weapons; almost none of us can escape the unconscious bias that stems from those associations.  But those biases do not have to impact your behavior.  The first step is to recognize those biases: one antidote to implicit or unconscious bias is consciousness.  Luckily, reading this article raised your consciousness about bias, even if just slightly.  Make your next call to the police a conscious act rather than unconscious reflection of bias; not only will you help the police department and community safety, you will contribute to increasing fairness and equity in our country’s criminal justice system.