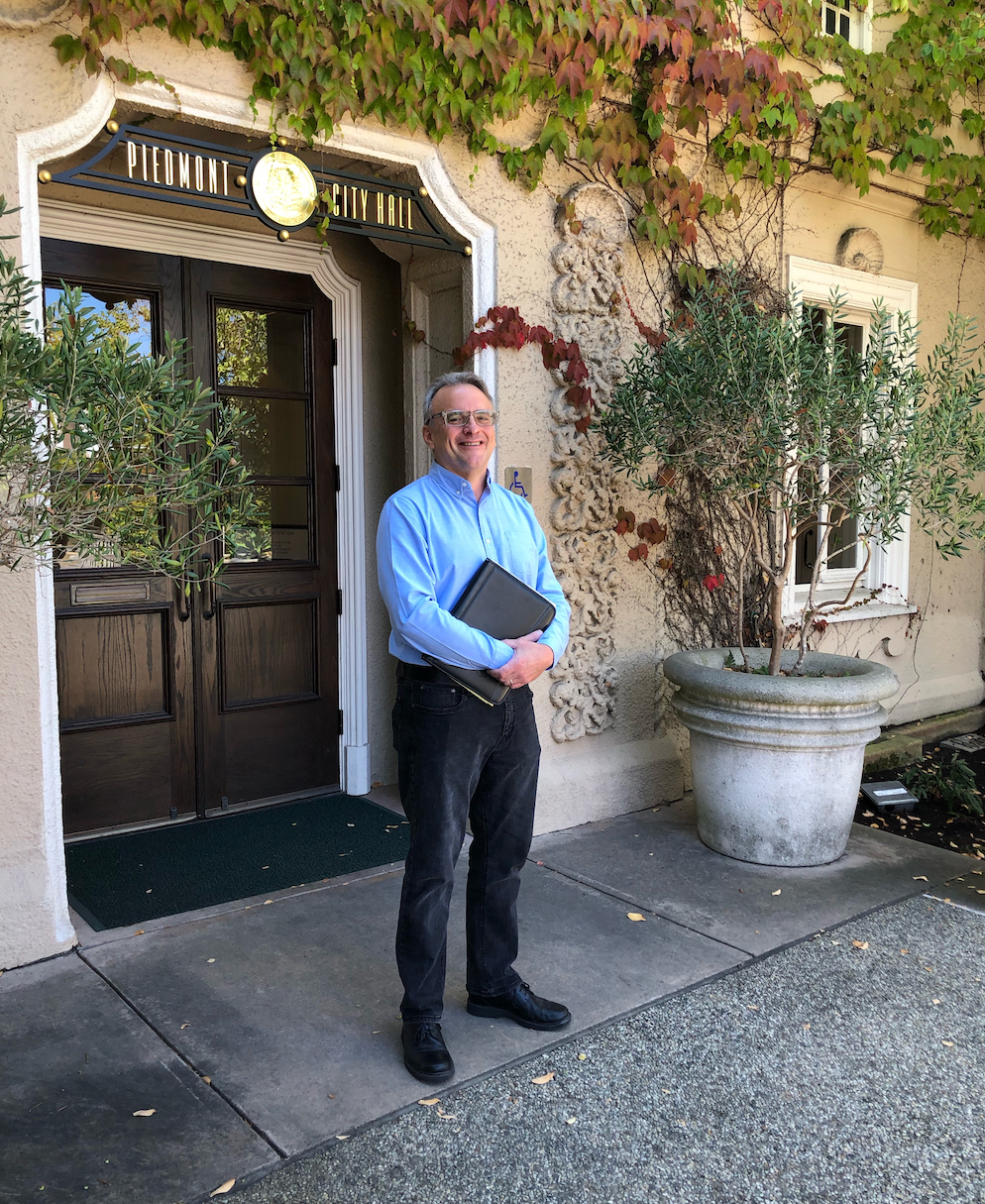 Seen pulling papers on Monday at City Hall, Ramsay is a Piedmont resident since 1997 and is a past chair and current member of Piedmont's Planning Commission.

The Exedra received its first notice from a candidate intending to run for elected office this November:

Tom Ramsey, a past chair and current member of Piedmont’s Planning Commission, announced that he will seek a Piedmont City Council seat in the November 8, 2022, General Municipal Election. He picked up his nomination papers from City Hall on Monday morning.

A licensed architect and vice president in a national project management company, Ramsey has been helping companies plan and build in the Bay Area for over 30 years. He owns and manages commercial property and was an owner of an architectural firm for 18 years.

In addition to his seven years of service on the Planning Commission, Ramsey’s community service includes work on the Piedmont Schools Seismic Safety Advisory Committee, Design Guidelines Committee, and the Measure A1 Advisory Committee. He has also been a team leader with the Piedmont Community Service Crew’s yearly Rebuild Together-Oakland project for over a decade.

Ramsey has been a Piedmont resident since 1997. He and his wife Ruth Ruark have two children who graduated from Piedmont High School.

One thought on “Off to the races: Tom Ramsey seeks City Council seat in Nov. election”